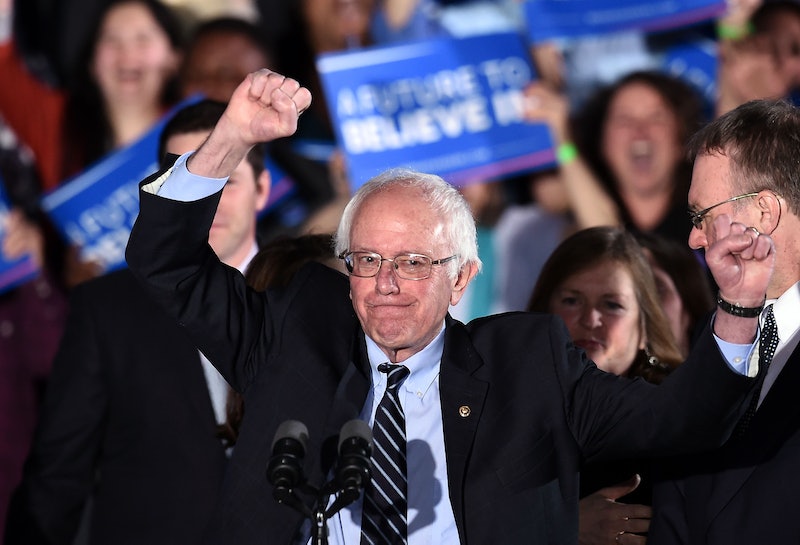 That was fun, wasn't it? After months upon months of campaigning, jockeying for position, attacks, concessions and twists of fate, you're finally right in the thick of presidential primary season, with the Iowa caucuses and New Hampshire primary in the rear-view mirror. Which means pretty soon, you'll be hearing about a familiar slew of nomination race verbiage. For example: what does a superdelegate do, and for that matter, what does the title even mean?

In case it's a completely foreign term to you, maybe the most recent national conversation about superdelegates came in 2008, in the context of the primary race between Barack Obama and Hillary Clinton. Back then, even as Clinton's hopes were flagging and fading in state primaries across the country, she and her supporters were holding out hope that the tide could be turned by the influence of the superdelegates.

So, what's the deal? Think of it like this: regular delegates are committed to a particular candidate, and awarded on the basis of who wins out in the primary races. In other words, you win, you get more delegates, and those delegates vote during the national convention to pick the nominee. Just like the general election and the electoral college, it's not actually a pure democratic process. You're just voting to pick the people who'll actually vote for the nominee.

But if that sounds wrong to you, wait until you hear how the superdelegates work. In the strictest procedural sense, there isn't actually any difference between what a normal delegate does and what a superdelegate does — they both vote during their party's national convention to decide who'll secure the nomination. It's not that superdelegates' votes count more, or anything quite as tawdry as that.

But superdelegates aren't awarded through a primary vote, and they aren't committed to a certain candidate — they're primarily made up of party and elected officials, and they get to support whoever they please. And for an insurgent campaign like, say, that of Bernie Sanders, that can be a huge problem.

That's because allowing party officials to cast a large share of the nominating votes at their own discretion, independent of what their party's voters might want, is naturally going to cut towards establishment options and away from the more ideologically staunch candidates. That's why it was briefly feared in 2008 (or hoped, if you were supporting Clinton and didn't mind her winning in such a shady way) that Clinton could overtake Obama even when the will of the Democratic electorate said otherwise.

Luckily, however, this didn't happen. As Obama ascended, the superdelegates followed him. But there's no assurance that this will happen with Sanders as it did with Obama — Sanders could reasonably be dubbed a Democrat in name only, as throughout his career, he's represented Vermont in Congress as an independent. In other words, the party establishment is likely both more hostile to Sanders' underdog bid, and more wary of his electability, as well.

Ultimately, however, it'd be unlikely for the superdelegates to subvert the primary process in this way — as Jonathan Bernstein detailed for Bloomberg View last year, it's never actually happened before. But it is a worrisome reminder of just how removed from a true Democratic process America's national elections are, and it's understandable if it gives all those Sanders supporters out there a little heartburn.