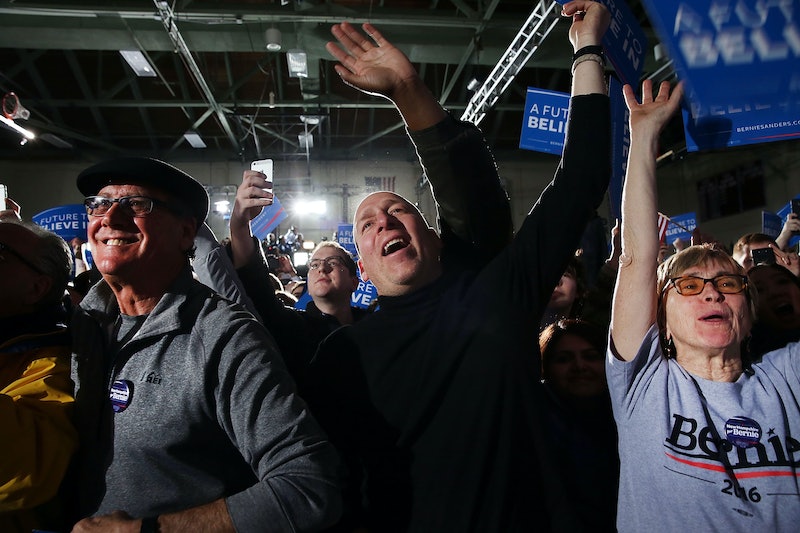 Following the New Hampshire Primary, Republicans are now eyeing South Carolina as the next spot to nab more delegates. The field continues to narrow, with Carly Fiorina and Chris Christie reportedly suspending their campaigns. Prominent candidates like Donald Trump, John Kasich, Marco Rubio, and Ted Cruz now look toward the Palmetto State's primary, set to take place on Feb. 20. The Democrats' chance to shine in the state will follow one week later. There are many ways South Carolina differs from New Hampshire — most notably in its demographics.

South Carolina holds a slightly younger and far more diverse population than the Granite State, with a median age of 38.3. Likewise, there is a much larger minority population there; nearly 28 percent of its residents are African American, compared to a paltry 1 percent of New Hampshire's populace. The voting population in South Carolina is far larger as well, though Democrats and Republicans will be casting their votes a week apart, rather than on the same day.

Whereas New Hampshire claims just over one million people of voting age, South Carolina has nearly three million. It's unclear how exactly the number of eligible voters breaks down between parties. Data from the 2012 election suggests that South Carolina is slightly more Republican than New Hampshire. According to Politico's breakdown of the reelection of Barack Obama, 54.6 percent of voters went with Romney in the Palmetto State, compared to New Hampshire's 52.2 percent for Obama.

By all accounts, it appears as if Trump has a strong chance of coming out on top in South Carolina, in part due to the political support he's gained leading up to the Republican primary on Feb. 20. The state's lieutenant governor endorsed the Donald last month, praising the political newcomer for his strong ideals and nationalism. In a statement following the endorsement, Lt. Gov. Henry McMaster had this to say about Trump:

He is a man of accomplishment and speaks the truth in words everyone can understand, instills confidence in the people about our country’s bright future, and reflects and believes in the strength and determination necessary for success. These qualities — and his quiet compassion for those in need — are essential to 'making America great again.'

Preliminary data from FiveThirtyEight suggests another resounding primary victory for Trump, estimating that the Donald will win South Carolina with 55 percent. Though South Carolina is a far cry from New Hampshire, its primary may very well mirror what went down on Tuesday night.