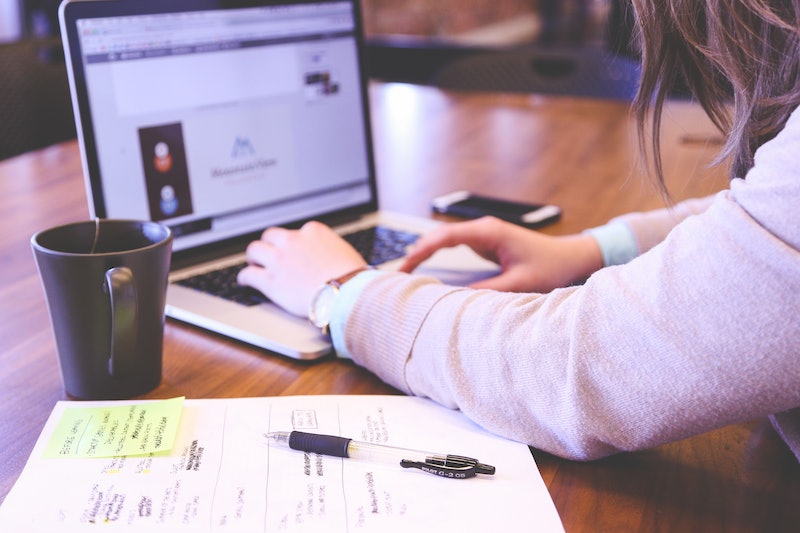 In news that likely won't surprise women much, an enlightening study has discovered that companies with greater gender diversity in their executive ranks have a better bottom line. In other words, putting women in leadership positions is a good thing, and people should do more of it. Capiche? Capiche.

As shocking as the notion might be to some, gender parity in the workplace is beneficial for the companies that achieve it and beneficial for the global economy in general. In fact, the McKinsey Global Institute estimated last year that gender parity could add $12 trillion to global growth, with both advanced and developing countries standing to gain. That's a lot of dollars. So it shouldn't come as a surprise that in a new study of nearly 22,000 publicly traded companies in 91 countries, the Peterson Institute for International Economics and EY (formerly Ernst & Young) found that having more women in higher-level positions within a company improves the company's performance and increases its profitability by 15 percent. This positive correlation could be attributed to the fact that women increase a firm's skill diversity, or (as I like to think) to the fact that we get sh*t done.

Unfortunately, the study isn't entirely gratifying, because it does serve as a reminder that we haven't yet achieved gender parity — and the current statistics aren't super. Of the nearly 22,000 companies polled to compile the new study's data, "nearly 60 percent of these firms have no female board members, just over half have no female 'C-suite' executives (a firm's most senior executives and members of corporate boards), and less than 5 percent have a female chief executive officer (CEO)." For this reason, say the study's authors, the "impact of female board membership on firm performance is not robust." Which, as we both know, is an eloquent way of saying there just aren't enough female board members and CEOs out there to draw from. There exists a disheartening dearth of women in high-level leadership. But what little information that exists suggests that the presence of women in these positions contributes to favorable performance.

What's more, the study also helps disprove the popular myth that women don't advance in the workplace because they choose to pursue motherhood instead. In the United States, only about 10 percent of women leave the workforce to raise kids. And while they may scale back their careers when they start families, there is a cultural expectation that could be driving that trend. The study cites a survey by Ely, Stone, and Ammerman which found that among men and women who were equally successful and ambitious at the time of graduation, the men's careers receive more validation and therefore advancement. This is largely due to the antiquated notion that all women will inevitably leave the workforce at some point to have babies.

Interestingly, the study divulged that mandated maternity leave has little effect on the number of female leaders. Rather, a link is drawn between companies that offer paternity leave and have more women in senior positions and on corporate boards. Hmm, could this be due to the fact that paternity leave distributes the burden of care between both parents, thereby affording women the opportunity to feel ready to return to work earlier than they might if childcare was placed disproportionately on their shoulders?

Naturally, like most things, this data is open to interpretation in some respects, and will undoubtedly be the subject of scrutiny. But given the depth and vastness of its scope — plus, you know, basic parameters of human decency and fairness — it's safe to say that gender diversity is both greatly beneficial to and sorely lacking in the workplace.

More like this
Women Around The World Are Cutting Their Hair In Solidarity With Mahsa Amini
By Darshita Goyal
Black Women's Equal Pay Day Highlights An Upsetting Problem
By Brandi Neal
Chelsea Clinton On The Best Advice She Ever Got From Her Mom
By Brianna Kovan
Libra & Aquarius Can Be Great Together, As Long As They Do One Thing
By Kristine Fellizar
Get Even More From Bustle — Sign Up For The Newsletter