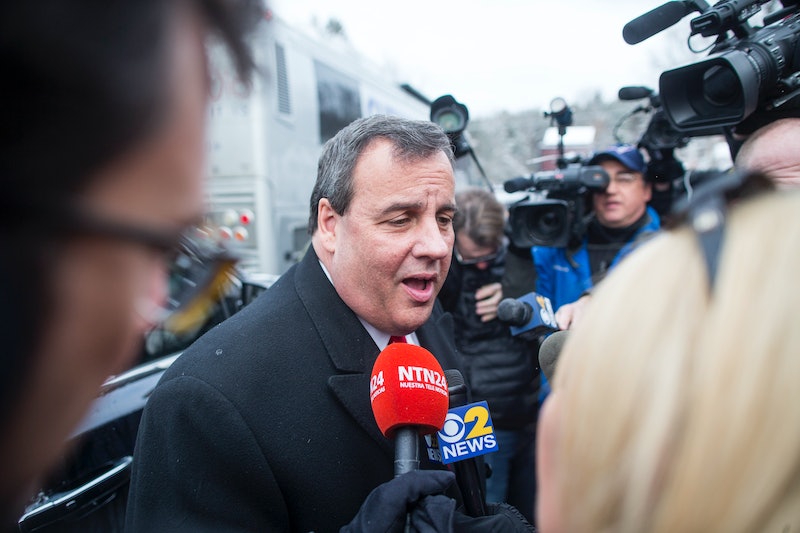 The Republican field has gotten a lot less crowded following the New Hampshire Primary. Former HP CEO Carly Fiorina gave up her presidential dreams and suspended her campaign just one day after the Tuesday event. Now, it appears that Chris Christie has officially dropped out as well. As with Fiorina, Christie's New Hampshire showing was wholly unimpressive. The New Jersey governor netted just 7.4 percent of the vote — three points more than Fiorina. He ultimately finished in sixth place. The move is unsurprising, given the rumors surrounding Christie ending his campaign as well as his slumping poll numbers.

The former presidential candidate must undoubtedly be frustrated, given his dominating performance at the eighth GOP debate. Christie expertly dismantled rival candidate Marco Rubio. Likewise, he truly held his own when answering hot-button questions from moderators Martha Raddatz, David Muir, and Josh McElveen. Sadly, the boon appeared to come a little too late for the New Jersey governor. Were Christie to continue his campaign, it's doubtful he would be able to repeat such a performance. Christie is polling just low enough to be left off the stage when the candidates face off at the ninth GOP debate, to be held Saturday at the Peace Center in Greenville, South Carolina.

The Associated Press reported that Christie campaign spokeswoman Samantha Smith said that Christie informed his staff of the decision Wednesday afternoon while at his campaign headquarters in New Jersey. Christie released a formal statement on his Facebook page. As of this writing, he has yet to address the matter on either his Twitter account or his campaign website.

Fourteen minutes after Christie issued an initial statement confirming the suspension of his campaign on Facebook, the governor edited the post and tightened up the language. This appears to be an emotional decision for him. His message nonetheless remains the same — one of gratitude and appreciation. As Christie notes, sometimes political favor is more difficult to garner than expected. The former candidate will certainly face adversity as he looks to finish out his second term as governor of New Jersey.

According to a Rutgers University poll released in Dec. of last year, Christie is viewed far less positively now than ever before in the Garden State. Just 33 percent of those polled in New Jersey view him in a favorable light. Christie is ineligible from seeking a third consecutive term, so it's unclear what his political future holds. For now, the politician is content returning to his home state without the added stress of a presidential campaign.