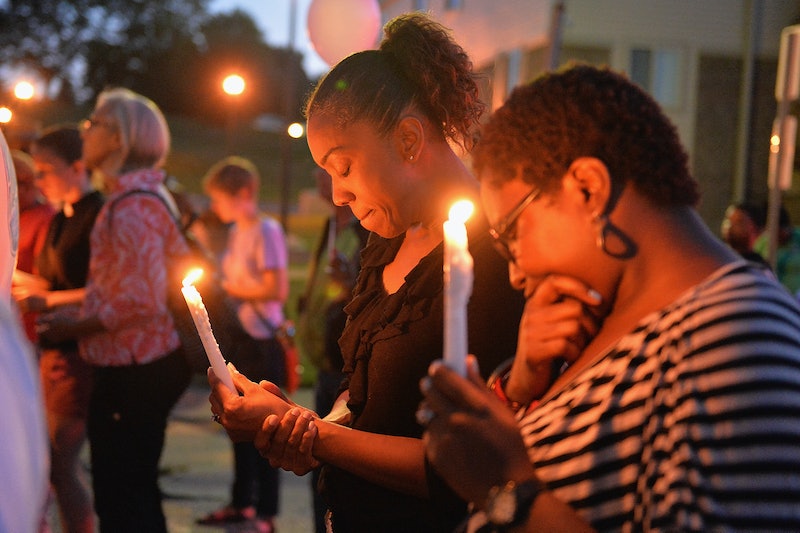 Attorney General Loretta Lynch announced Wednesday that the U.S. Justice Department has filed a lawsuit against Ferguson, Missouri. At a press conference, Lynch explained that the suit would be "alleging a pattern or practice of law enforcement conduct that violates the First, Fourth and 14th Amendments of the Constitution and federal civil rights laws." She said that the decision to pursue the suit comes after the Ferguson City Council rejected a proposal that developed out of negotiations between the city and the Department of Justice to initiate court and police reform. Negotiations began after the Justice Department released results from an investigation into the city's police department. Lynch said that the investigation uncovered police misconduct:

Our investigation uncovered a community in distress, in which residents felt alienated from their own police force. The Ferguson Police Department’s violations were expansive and deliberate. They violated the Fourth Amendment by stopping people without reasonable suspicion, arresting them without cause and using unreasonable force. They made enforcement decisions based on the way individuals expressed themselves and unnecessarily escalated non-threatening situations. These violations ... were driven, at least in part, by racial bias and occurred disproportionately against African-American residents.

Ferguson made national headlines in August of 2014, when police officer Darren Wilson shot and killed Michael Brown, an unarmed 18-year-old African American boy. The Justice Department ruled in 2015 that Wilson could not be charged for a crime, since there is "no evidence upon which prosecutors can rely to disprove Wilson's stated subjective belief that he feared for his safety."

City negotiators had worked with the Department of Justice for seven weeks on police and court reforms, and they reached an agreement in January. Vanita Gupta, head of the Justice Department's Civil Rights Division, clarified the Ferguson City Council's decision in a press release Wednesday, and expressed her opinion of the decision:

The Ferguson City Council has attempted to unilaterally amend the negotiated agreement. Their vote to do so creates an unnecessary delay in the essential work to bring constitutional policing to the city, and marks an unfortunate outcome for concerned community members and Ferguson police officers.

The Department of Justice hopes that the lawsuit will hasten reforms in the city. Lynch said, "The residents of Ferguson have suffered the deprivation of their constitutional rights — the rights guaranteed to all Americans — for decades. They have waited decades for justice. They should not be forced to wait any longer." As of Wednesday, city spokesman Jeff Small told CNN that Ferguson officials have not yet seen the suit, and will wait until Thursday to comment on the subject.