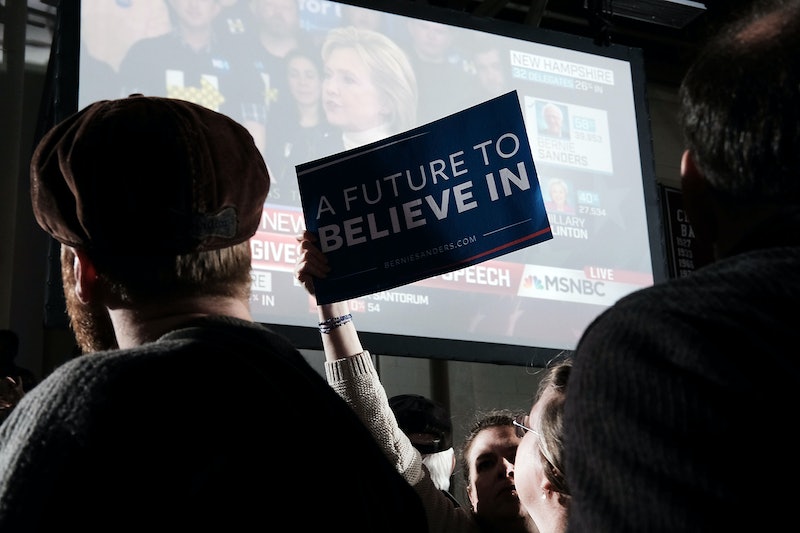 Just like in 2008, it looks like the contest for the Democratic Party's nomination could ultimately come down which candidate is able to capture the support of the superdelegates. Could superdelegates make the difference at the Democratic National Convention in Philadelphia come November? Despite capturing 60 percent of the Democratic vote in New Hampshire, Sen. Bernie Sanders walked away with the same number of delegates as Hillary Clinton because of the larger number of superdelegates backing the former secretary of state. And nationally, it's a completely different story: Clinton is boasting a massive overall pledged delegate lead of 431 to Sanders' 52. How does this math work out after only two contests? You guessed it: superdelegates.

Superdelegates can use their status as thought leaders to endorse candidates at any point in the race. They can also use the opportunity to engage in old-fashioned political horse trading — "If you help me, I'll help you." According to the AP, Clinton boasts the support of 36 superdelegates from her current home base of New York, with eight undecided. She also has 36 superdelegates from California supporting her, while the remaining 34 delegates are still undecided.

In New Hampshire, whose primary completed Tuesday, there are a total of 32 delegates at stake, eight of whom are of the "super" variety. In November, six of the eight superdelegates from New Hampshire went on the record with AP to throw their support behind Clinton.

One of the two New Hampshire superdelegates who declined to state a preference, Democratic Party Chair Ray Buckley, is explicitly prohibited from doing so. As state chair, he must maintain the appearance of impartiality. State Sen. Martha Fuller Clark also declined, saying at the time that she might wait until after the primary to endorse. Clark is currently the vice chair of the state party, which may explain her reluctance to endorse before the voters had spoken, but it is possible that the former Obama superdelegate truly hasn't made up her mind. The last time Democrats came together to elect a president in 2008, Buckley and Clark supported insurgent candidate Barack Obama at the Democratic National Convention over Clinton, eventually convincing their fellow delegation to switch their votes during the final tally to support his historic candidacy.

Like Obama, Sanders' candidacy for president is breaking records. Not only is he is the first non-Christian candidate to win a primary, he has also rejected Super PAC financing in favor of running a populist campaign funded by a record-breaking influx of small donations. After crashing ActBlue's servers early this morning, Sanders has raised just over $7 million in the day after his New Hampshire victory.

If you ask me, it isn't outside the realm of possibility that the undecided New Hampshire superdelegates could be part of a behind-the-scenes network of establishment Democrats willing to support the Sanders campaign, just like they supported Obama in 2008. So much of the momentum behind the Sanders campaign echoes the grassroots enthusiasm around Obama in the early days of the 2008 primary season. With regard to the elites who prioritize the long-term viability of the party over loyalty to a specific person or faction, it will be interesting to see how the race shakes out in the lead-up to the convention in Philadelphia this summer.