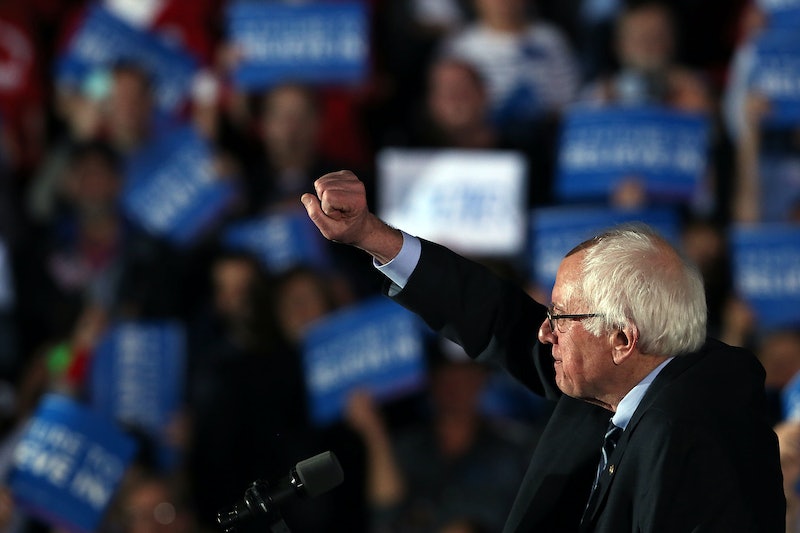 Though Americans pride themselves upon living in a model democracy, not all components of the presidential election process are democratic when you get into the nitty gritty of how delegates are assigned. Superdelegates, in particular, are elected party officials who are not assigned based on votes. Exempt from the obligation to reflect the people's voice, superdelegates can side with whomever they please. To the dismay of millennials who #feelthebern, it looks as though the New Hampshire's superdelegates are not on Bernie Sander's side, even though its residents were. Instead, the superdelegates' ability to side in an unrepresentative, and ultimately undemocratic manner, benefits Hillary Clinton — the establishment candidate who has some major experience navigating through the thickets of the bargaining system we like to call government.

In total, New Hampshire has 24 Democratic delegates whose pledges to a candidate reflect the number of votes that candidate received. Currently, Bernie Sanders received 15 of those delegates and Hillary Clinton received nine. Seems fair, right? The catch is that New Hampshire also assigns eight superdelegates who can side with either Sanders or Clinton. Disturbingly, these eight individuals have the power to single-handedly throw off the state's allegiance. Six of the eight superdelegates who represent the state of New Hampshire chose to support Clinton — the candidate who received less than 40 percent of the vote as opposed to just over 60 percent — and it's completely changed the game.

At the moment, Clinton and Sanders are technically tied in New Hampshire with 15 delegates each. However, the situation has the potential to change because superdelegates have the ability to change their minds, making the system even more volatile. According to the AP, Clinton has accumulated 394 delegates and Sanders has accumulated 42. Cumulatively, Iowa and New Hampshire — the only two states that have voted thus far — have less than 50 Democratic delegates, suggesting that the majority of Clinton's delegates are actually superdelegates whose allegiance was secured before the race began.

There is no such thing as a fair democracy that gives presidential candidates equal shots at appealing to the public. The tie in New Hampshire suggests that Clinton had an advantage going into the primary, showing just how difficult it really is for a lesser known individual, like Sanders, to win the presidency, let alone be given a fair chance. If our democratic system automatically puts non-establishment, non-celebrity candidates at a disadvantage, what should we do? Some political scientists suggest that we stop putting a cap on campaign funding. The practice of throwing unlimited money at an underdog's campaign, which is often associated with corruption, also has the potential to offset the systematic disadvantages that subjugate lesser-known candidates who may actually become great leaders. That being said, corruption is inevitable in the election process. Ignorance and silence allow it to continue its crooked ways. Speaking out about it, or at least being aware of it, is our best bet when it comes to having our voices heard. Regardless of whether you're behind Sander's "political revolution," understanding the shortcomings of the system is pertinent.