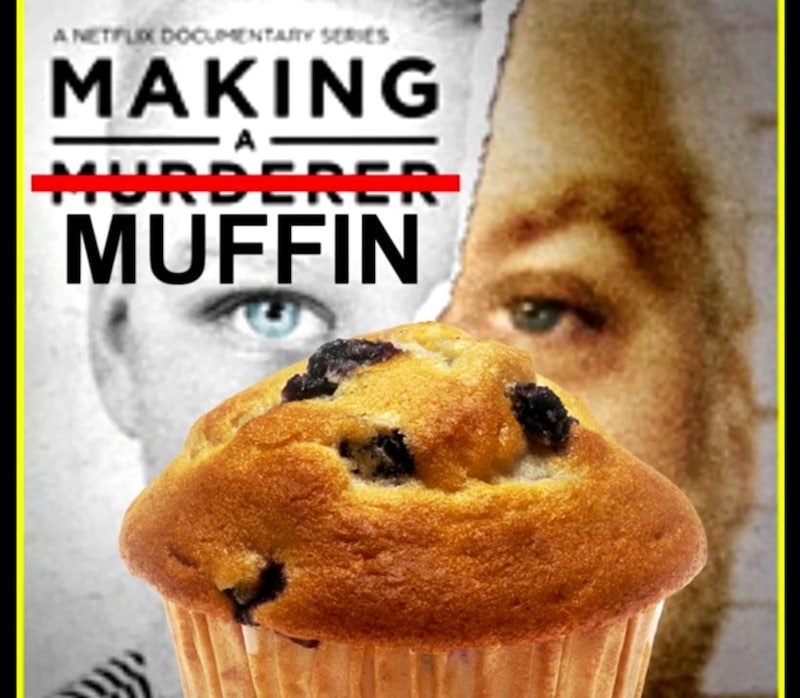 Despite its deeply serious topic, Making A Murderer has inspired its share of spoofs, just like the true pop culture phenomenon it has become. Most of the media coverage and responses to the Netflix docuseries have been serious. The look into the investigation, trials, and convictions of Steven Avery and his nephew Brendan Dassey for the murder of 25-year-old Wisconsin photographer Teresa Halbach has prompted responses from the case's prosecutor, Wisconsin Gov. Scott Walker, and even the Obama administration. But there's another group of comics, actors, and creative types who can't help but poke fun at the hit Netflix documentary — as you can see with this slew of parodies.

Going further than the trolling accounts on Twitter, who focus their jokes on the investigating officers of the Manitowoc County Sheriff's Department, the videos are thoughtfully — if at times not tactfully — written, shot, produced, and edited with entertainment in mind. You'll recognize a few familiar pop culture staples: Homer Simpson, Seth Meyers, and even the melody from "Bad Boys," the COPS theme song all make appearances. There's also the potential Star Wars spinoff docudrama but so far we just have the poster. So if you've seen the documentary's 10 episodes, can't get enough, and aren't too angry about the justice system to laugh, sit back, relax, and fire up YouTube.

"Bad cops, bad cops. Whatcha gonna do when they come for you?" The music kind of says it all. Keep watching for the Wisconsin accents, though.

The Real Housewives Of Manitowoc County

Not quite as fancy as their counterparts in Orange County, but you've probably drunk wine out of a box too.

A divorce lawyer comments on a wife's interrogation of her husband. The forced confession for... you'll have to watch.

NBC doesn't allow for double jeopardy when it comes to Seth Meyers.

How Well Do We Know Homer?

And Avery Convicted Of Killing Fictional Characters Too?

It starts off a bit slow but check the game of charades during Dassey's confession makes you wonder.

Making Your Co-Worker A Murderer

"I think I'd know a murderer if I saw one." Maybe you think so too after seeing the Netflix show.

Before They Were Famous

Not exactly the same as your typical episode. No commercial outtakes here.

Shut Up And Make A Murderer

Much lower production value than some of the others, but don't miss this parody. Walk The Moon's "Shut Up and Dance" with Making A Murderer-inspired lyrics.

An audio reenactment of a local baker's cupcake-muffin debacle. "We searched his home. All of the ingredients were there."

Looking for something to do this weekend? Maybe break out your iPhone with friends and film your own: "Making A Millennial."