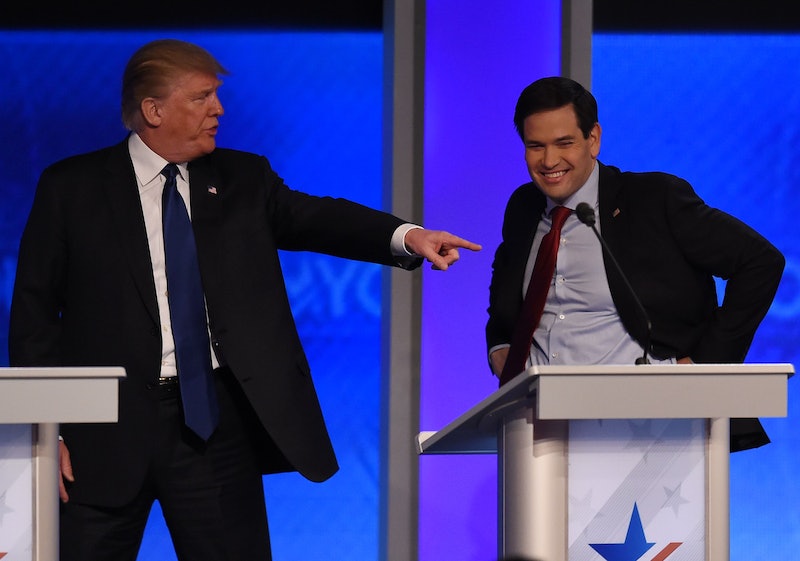 What remains of the Republican presidential field will gather on Saturday in Greenville, South Carolina, for the ninth GOP debate — just a week before voters head to the polls. This time, it is CBS News' turn to play host, with Face The Nation host John Dickerson in the moderator's chair and CBS News Chief White House Correspondent Major Garrett along with Kimberley Strassel from The Wall Street Journal as panelists to keep the conversation going. Even though the candidates have yet to be announced, if you'd like to plan ahead, there are several ways you can stream the GOP debate online, wherever you happen to be.

CBSNews.com will be hosting the official live stream of the event if you are around an Internet-enabled computer but can't find a friend with a cable subscription. The festivities will kick off at 9 p.m. ET — that's 8 p.m. CT or 6 p.m. on the west coast. Another way to watch is through one of the several mobile apps that CBS has available; you can even watch the GOP debate on an Xbox, Roku box, or on an iPad. When staying informed and up-to-date is this easy, it's hard to find an excuse not to watch.

Since the last debate, two candidates have dropped out after poor performances in New Hampshire. Chris Christie and Carly Fiorina will definitely not be appearing on stage on Saturday, and it's anyone's guess if Robot Rubio will make an encore appearance at the debate, but due to the debate criteria released by CBS News, it seems like all the main candidates remaining in the race will qualify for a spot, with the exception of former Virginia Governor Jim Gilmore. Gilmore's campaign is currently not even registering in South Carolina; his numbers have stayed steady at a flat 0 percent since polling for the race began.

If anyone has something to gain in the ninth debate, it is Governor John Kasich. Coming off of a strong second-place finish in New Hampshire behind He Who Should Not Be Named, Kasich will be looking to translate the momentum from New Hampshire into a jump in the polls before South Carolina will vote a week later on Feb. 20. Kasich will have a lot of heavy lifting to do at the somewhat ironically named Peace Center during the battle for Republican votes; currently, Kasich is polling at a dismal 1.8 percent in the Palmetto State.