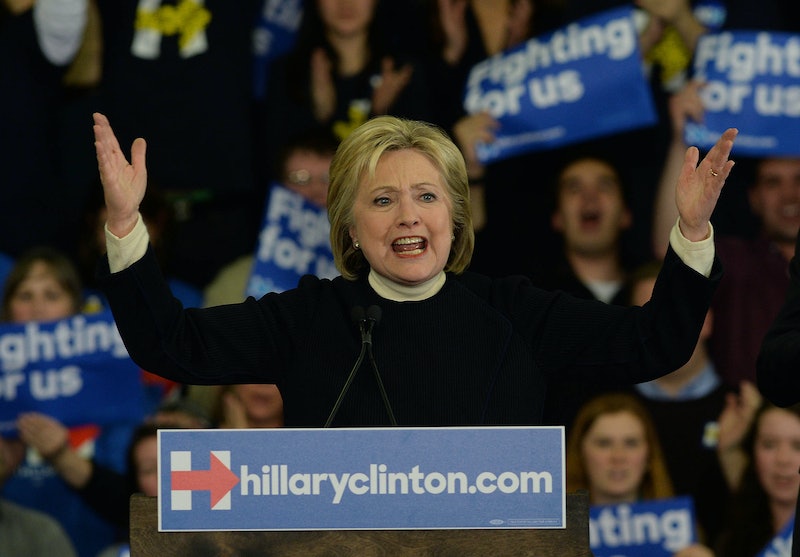 There was a lot riding on Thursday night's debate in Milwaukee: Vermont Sen. Bernie Sanders had no shortage of momentum from a handy win in the New Hampshire primaries, Hillary Clinton received a key endorsement from the Congressional Black Caucus PAC earlier that day, and South Carolina loomed in the distance. Needless to say, the tension leading up to the debate was present in the actual event itself. And after she came back swinging, Hillary Clinton's closing statement in the Democratic debate reminded voters that she is fighting for all downtrodden Americans, with a special shoutout to the people of Wisconsin.

As Sanders' campaign has continued to gain momentum as an option for the true progressives, Clinton has worked to maintain that she also has a proven record friendly to liberal voters. During her concession speech in New Hampshire Tuesday evening, Clinton drew parallels between herself and Sanders, but made it clear that if voters actually wanted real, actionable politics, she was the right candidate for the nomination.

Those were pretty bold claims heading into the Democratic debate on Thursday night, ones that Clinton followed up with a strong showing in the debate. In her closing statement, Clinton again highlighted her similarities with Sanders, but made sure that she could make a wide swing out to include more than just campaign finance and Wall Street: "I am not a single-issue candidate, and I do not believe that we live in a single-issue country."

In her closing statement, Clinton seized onto a common criticism of Sanders: that he's a one-trick pony. Sanders caught people's attention with campaign finance reform from the beginning, pledging to keep the money out of politics. That's a nice thought, but he has a lot of issues moving beyond that. When he went head-to-head with Clinton in this inarguably wonky debate, he seemed rather thin on actual answers.

Clinton, meanwhile, opened up her campaign to include a wide swath of people: "I'm going to keep talking about all the barriers that stand in the way of Americans living up to their full potential." Clinton specifically cited taking on racism, sexism, and poverty in her presidency, opening herself from just a candidate on women's issues and into one that is fighting for any underdog.

She specifically highlighted worker's unions, which has been a big issue in Wisconsin. She called out (not for the first time) Wisconsin Gov. Scott Walker and his war on unions, which drew huge ("YUUUUGE") cheers from the Milwaukee crowd. It seems like, more than at any time in her campaign, she has finally landed her message to voters.

During Thursday's debate, Clinton spread her message beyond women. This time, she was speaking straight to anyone who feels disenfranchised by American politics. For once, it seemed that the message she's wanted to get out for years rang loud and clear: Hillary Clinton wants to fight for you.