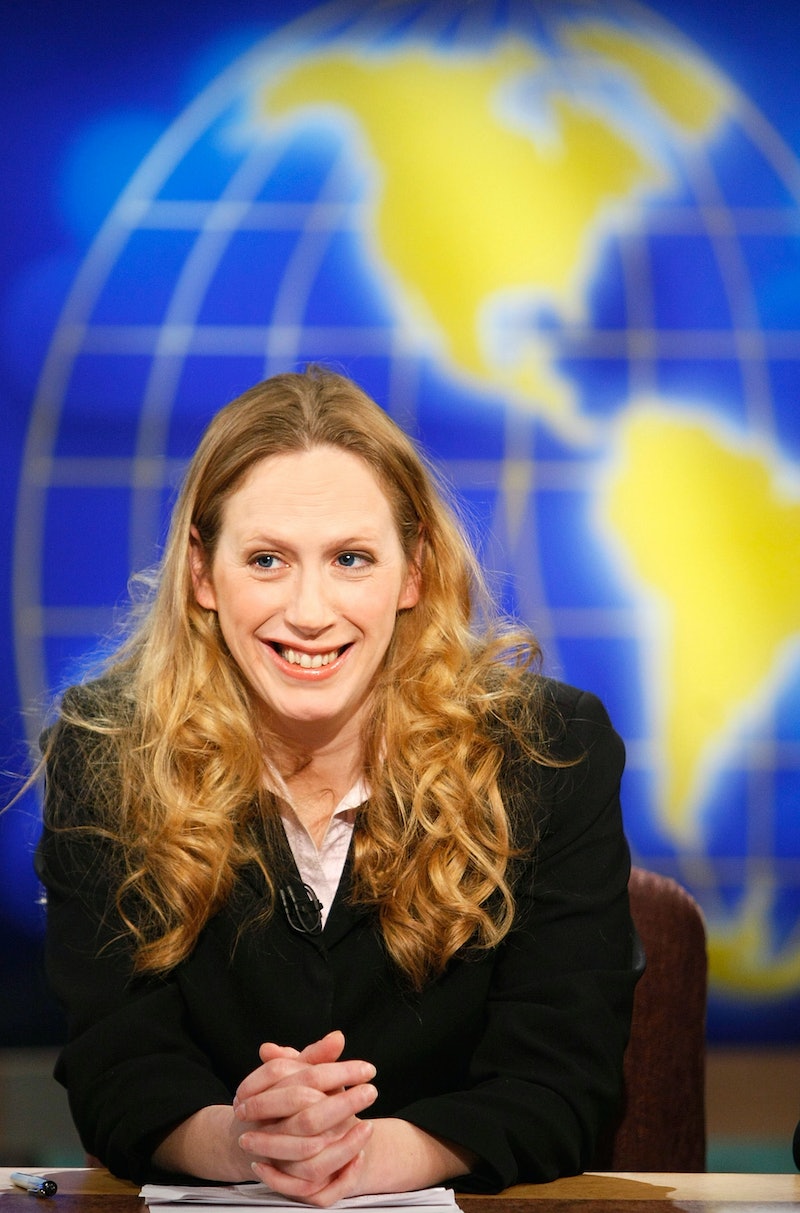 With Iowa and New Hampshire having whittled down the presidential field, Saturday night's CBS Republican debate will feature just six (!) candidates, with no undercard debate preceding the primetime event. Aside from the diminished number, this debate will be remarkably different from the last in another way — the candidates have all experienced a shuffle from their wins and losses in the Iowa caucus and New Hampshire primary. Moderator Kimberley Strassel, a Wall Street Journal columnist, will be on hand to help the candidates and viewers make sense of what is starting to look like a very different GOP field.

Strassel will be addressing the candidates after the past weeks' caucus and primary, the results of which have left the GOP in a tizzy. Donald Trump lost his top spot to Ted Cruz for the first time in Iowa, but Cruz finished in third in New Hampshire. The Texas Senator was beaten out by John Kasich, who had remained low in the polls throughout the entire race thus far. This shuffling around in the results will certainly be something some candidates try to seize upon, while others will likely attempt to thoroughly dismiss it. Strassel's job will be to rein in the candidates during this upheaval, while also questioning what it is that has caused voters to buck the original, projected outcomes.

Strassel is an interesting choice for the job. Hailing from Princeton University, she has been a senior editorial writer and member of the editorial board for the Wall Street Journal since 2005. She has won multiple awards for her work throughout the years. The Republican National Committee's choice to make her a moderator is an interesting one, however, considering her characteristically critical stance on candidate Cruz.

The journalist has repeatedly used her column as a place to attack Cruz. She has said his record is "closer to Bernie Sanders than to the GOP," and argues that he engineers moments that pander to supporters but in the end help only himself (such as his 21-hour filibuster on Obamacare that merely succeeded in putting Cruz in the spotlight).

Why is this counterproductive for the RNC? Simply, it puts her at odds with the RNC's best alternative to a much-disliked Trump: Cruz. Of course, a moderator should be equally tough on all candidates, but what seems to be an outright dislike of Cruz may end up working against the GOP's favor. They have been vying for Marco Rubio, but as Iowa and New Hampshire have shown, Cruz seems to be their only real choice to push Trump out of his top spot. Backing Cruz would, as some political pundits have been claiming, be a better (though less than ideal) alternative to a low-polling Rubio. The anti-establishment Trump could potentially be taken out by a less anti-establishment Cruz.

It will definitely be fascinating to see how Strassel's negative position on Cruz plays out during the debate, if at all. Given Cruz's low-polling in New Hampshire, the Wall Street Journal columnist may have a real impact on how the candidate does moving forward into the rest of the primary season.