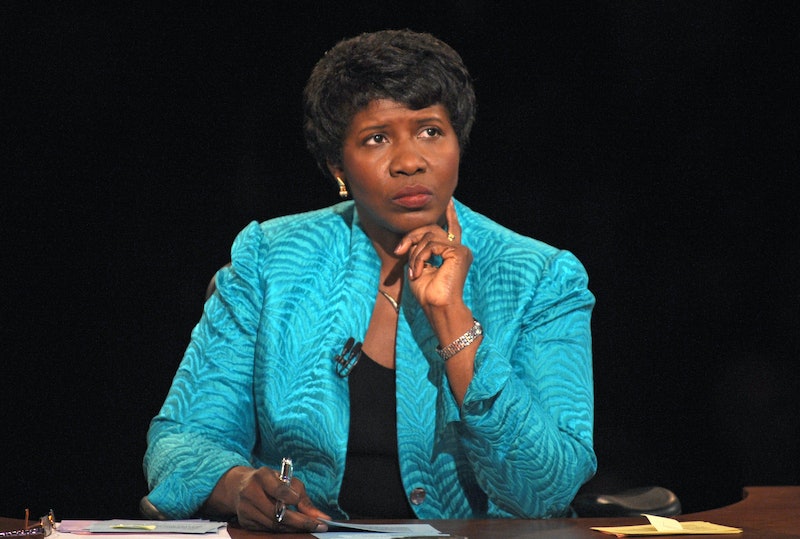 The sixth Democratic debate marked a historic moment for such a political event. The Democratic debate has two female moderators — Gwen Ifill and Judy Woodruff — and, needless to say, Twitter is absolutely thrilled. Mere minutes into opening statements, the social media world has been alight with praise of the two moderators as well as host network PBS. Ifill and Woodruff have been relentless in their questioning of candidates Bernie Sanders and Hillary Clinton. Their moderation at the University of Wisconsin in Milwaukee has challenged the presidential hopefuls, making for a far deeper debate as both Clinton and Sanders eye the upcoming Nevada Caucus as well as Super Tuesday.

Ifill is no stranger to the debate circuit either. The distinguished journalist has previously moderated pivotal vice presidential debates during the 2004 and the 2008 election. As a moderator and managing editor for On Washington, Ifill is keenly tuned into the minutiae on the hill. Her experience as both a journalist and a moderator has aided her greatly during the Tuesday night event. Likewise, Woodruff has had decades of experience covering politics and has previously moderated the 1988 vice presidential debate. Woodruff's feminist bonafides extend far beyond her on camera work. The journalist serves as a board member on the International Women's Media Foundation.

In addition to serving as the first all-female moderation team, Ifill and Woodruff also share yet another special designation. The duo are the first all-female anchor team to host PBS NewsHour as well. In a press release leading up to the debate, NewsHour Executive Producer Sara Just praised the journalists for their work as well as what they'll bring to the table during this Democratic debate. Just said:

Gwen Ifill and Judy Woodruff will bring the same high journalistic standards and integrity to this debate that they bring to the PBS NewsHour every day. I'm looking forward to seeing the first all-female moderating team at a presidential debate.

Viewers have clearly taken notice of this historic moment as well as the highly qualified women helping bringing more strong female voices to a much needed political event, doing so with confidence and the utmost preparation. Thinking back to the first televised debate, which took place over five and a half decades ago, it's strange to realize that it has taken over 55 years for a team of women to moderate such an event. This certainly won't be the last time Ifill and Woodruff step into the moderators chair. May this Democratic debate allow for even more female journalists to shine on a national stage.