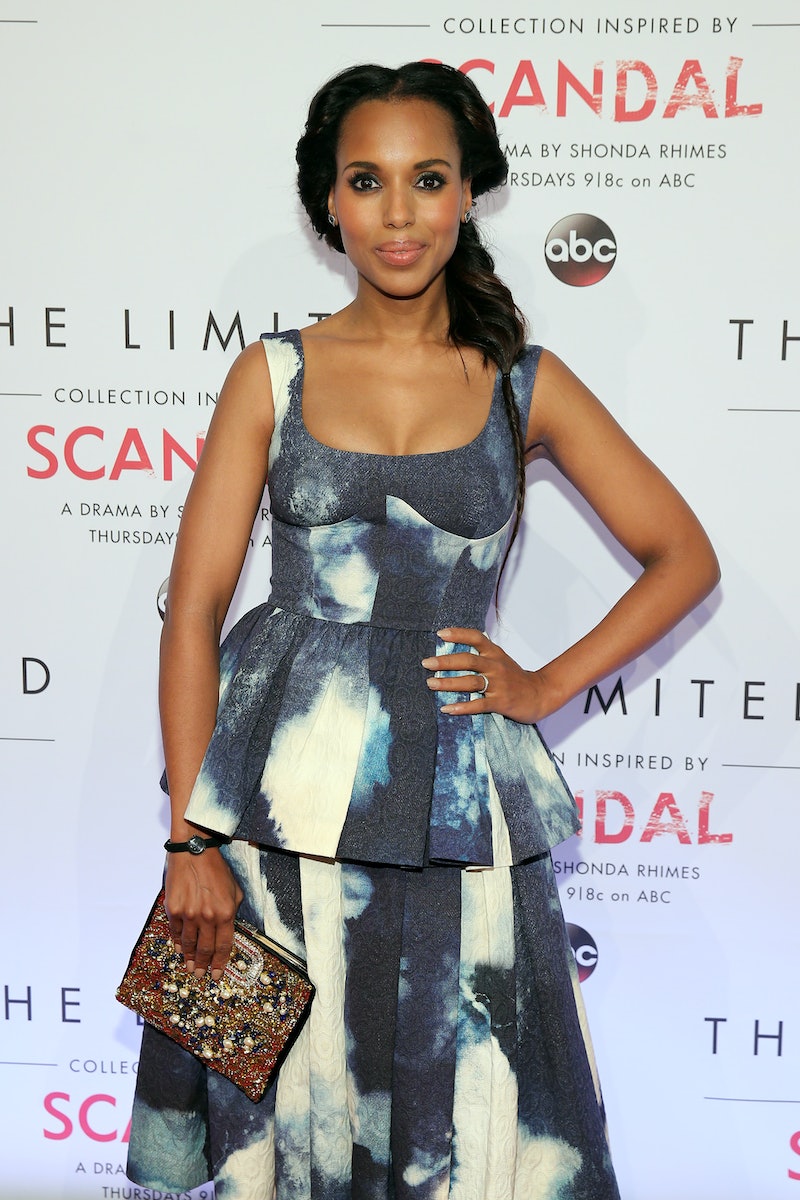 On Thursday night, the fine folks at PBS and the Democratic National Committee combined to put progressive TV viewers in a pretty tough spot ― the Democratic debate aired against Scandal, and that wasn't necessarily the best call. It's altogether likely you've heard of Scandal, even if you're not a fan, and if you are a fan, you probably had Thursday night circled on your calendar. OK, so people don't really use wall calendars anymore, but nonetheless: The fifth season of Scandal premiered on Thursday night, and it put anyone who wanted to catch both TV events in a bind.

As some people noted on social media, it's really not advantageous to force people into this kind of binary choice if you want more eyeballs on your event (although obviously, these things can't be so easily or quickly moved around). It's also particularly striking given the work the Democratic candidates still have to do to appeal to non-white voters ― Scandal is a particular favorite and hot topic among black women on Twitter. It's a popularity borne in part from star Kerry Washington, who became the first black lead actress in a network series in decades when the show launched in 2012, as Gene Demby detailed for NPR's Code Switch, and in part from series creator Shonda Rhimes, one of the best television writers and producers in the business today. To say nothing, of course, of all the exhilarating twists and turns.

Needless to say, there's a pretty wide entertainment gulf between catching up with Olivia Pope and company, or watching Bernie Sanders and Hillary Clinton trade barbs on a debate stage. Especially considering the debate so far has been a slightly more muted, restrained affair than the showdown in New Hampshire was ― with Sanders trailing by nearly 30 points in the Palmetto State, it was fairly likely all along that you'd see Clinton play things a little closer to the vest this time around.

Simply put, there are bound to have been some people who were just a little less interested in a rehash of the Democratic debate talking points, and even less so when they had the siren song of a hotly anticipated TV premiere ringing sweetly in their ears. Luckily, nowadays virtually everything can be watching on-demand after the fact, so everyone will still be able to watch everything they want to ― although when it's happening in real time, the hard choices must be made.

More like this
What’s New On Netflix: Ana De Armas’ 'Blonde' & A Nick Kroll Special
By Arya Roshanian
15 Piping Hot Behind-The-Scenes Secrets From 'Great British Bake Off'
By Emily Dixon and Darshita Goyal
What’s New On Netflix: Meet 'The Real Bling Ring'
By Arya Roshanian
How To Apply For 'Survivor' & Tips On How To Get Cast
By Meg Walters
Get Even More From Bustle — Sign Up For The Newsletter