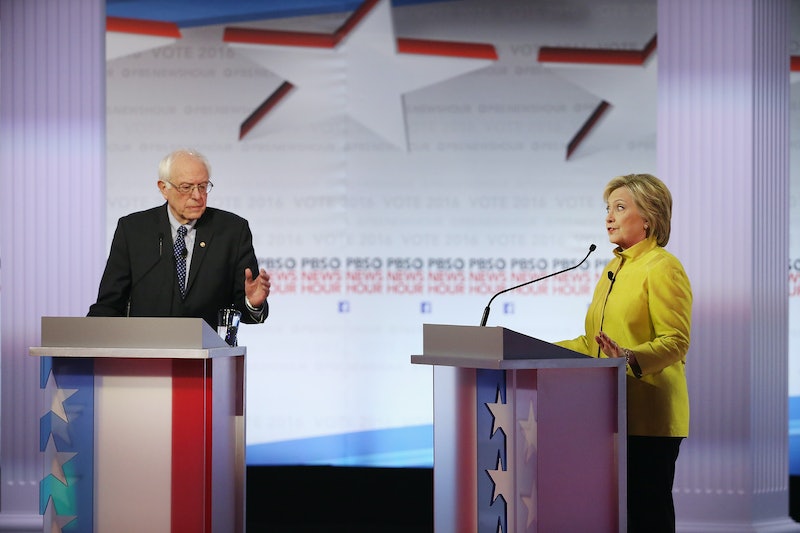 During a discussion on foreign policy at Thursday's Democratic debate, Bernie Sanders brought up a name that's probably not familiar to many U.S. viewers: Mossadegh. That would be Mohammed Mossadegh, the Iranian prime minister who was ousted in a CIA-led coup over 60 years ago. That may sound like an unbelievably esoteric reference for a debate taking place in 2016, but in fact, Sanders' reference to the Iran coup is super, super relevant to American foreign policy in the 21st century.

To make a long story short: Mossadegh was an Iranian politician who went toe-to-toe with Great Britain in a dispute over Iranian oil profits. He became prime minister in 1951, and two years later, the British convinced the CIA to overthrow Mossadegh and replace him with the country's monarch, the Shah. Mossadegh was overthrown, and the Shah ruled as a brutal, violent dictator for the next 25 years. The Shah himself was taken down in a popular uprising in 1979, and that's how the current Iranian regime came to power.

OK, history lesson over. Sanders' point was that U.S.-imposed regime change often leads to unintended and undesirable consequences. He was bringing this up regard to the 2011 intervention in Libya, and also as an argument against protracted United States involvement in the Syrian civil war.

However, the 1953 coup is extremely relevant to everything about U.S.-Iranian relations today. To the extent that Iran has a grudge against the United States, it's because America unilaterally deposed its very popular, democratically-elected leader in 1953. This is a fact that often gets lost nowadays, but it's a really important one. After all, regardless of your feelings on the U.S.-Iranian relationship, it's impossible to craft an effective foreign policy without acknowledging such a central piece of the two countries' history.

Sanders' comments reflect a depth of foreign policy knowledge that's not commonly ascribed to him, and serve a valuable purpose in acknowledging the role that events from 60 years ago can play in foreign policy decisions today.