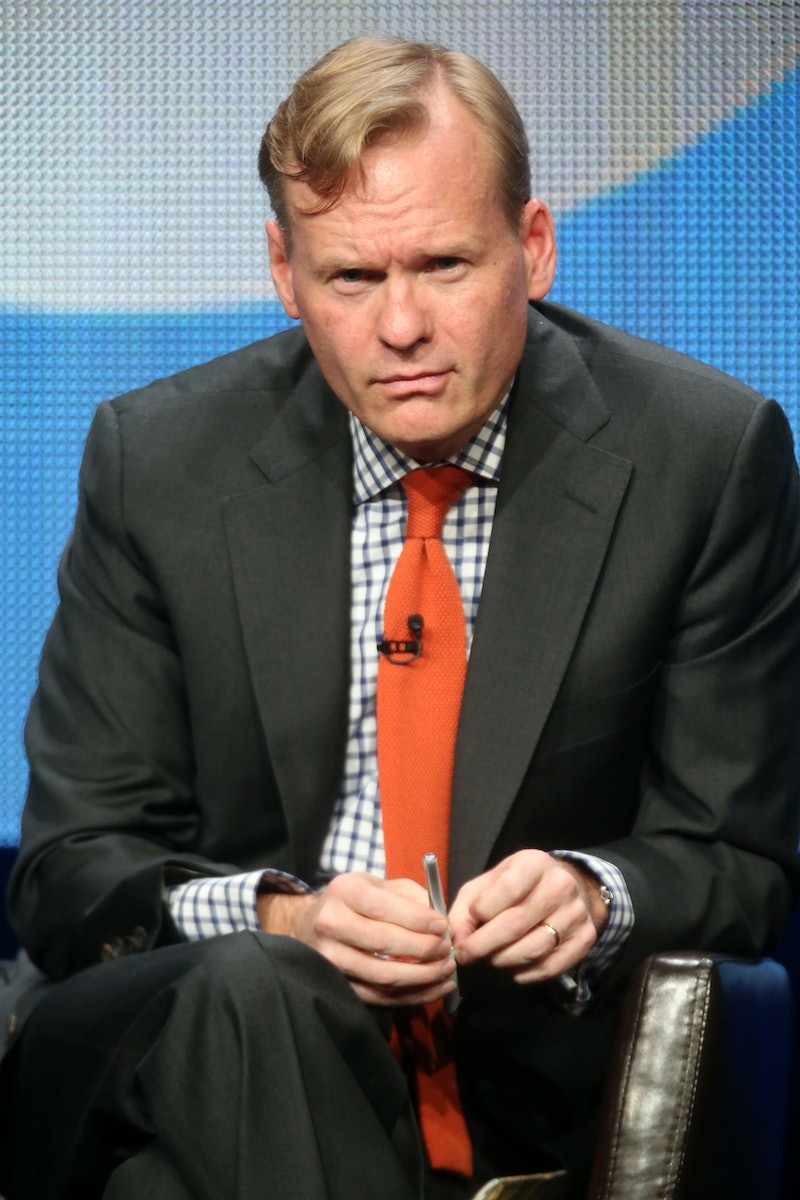 Life is pretty good for the political junkie right now, no? Primary campaign season is rolling along, and of course, the debates are ongoing. The next one will be happening on Saturday night, and this time it'll be the Republicans ― they'll be facing off at 9 p.m. ET, on CBS News, to be moderated by John Dickerson, Kimberley Strassel, and Major Garrett. And if you're curious to know more about the first name on that list, why not check this out: Here's the one John Dickerson podcast episode you really should listen to.

Dickerson, if you're not familiar, is a veteran journalist with CBS, and he's currently the host of the show's flagship Sunday morning show, Face the Nation. Saturday will be his second time interrogating a presidential field ― he also moderated the Nov. 14 Democratic debate in Des Moines, Iowa, and he did a fantastic job.

What you might not have known, however, is that Dickerson is also an engaging and skillful podcast host. No kidding! He's the host of Whistlestop, a series produced by Slate that revisits interesting moments from throughout presidential history, both memorable and unheralded ones alike. And with yet another debate looming, he's got one recent episode that's definitely worth your time ― a look back at the disastrous debate flub that may have shifted the course of the 1976 presidential election.

It tells the story of then-President Gerald Ford's notorious debate against Democratic challenger Jimmy Carter, in which he committed what some political observers consider the worst gaffe of all time. You can see the moment yourself, as it was nationally televised ― as Dickerson notes in the episode (aptly titled "The Biggest Debate Gaffe Ever"), it was the first time ever that an incumbent president had agreed to debate with a challenger, setting the precedent that's forced every president since to enter the debate sphere.

Basically, in answering a question about European nations like France and Italy "flirting with communism" ― this was 1976, remember, in the thick of the Cold War ― and addressing the question of Soviet "dominance" in Eastern Europe, Ford made a statement that was so laughably untrue that it completely torpedoed him. Namely, he claimed that there was no soviet domination of Eastern Europe.

It was such an absurd moment ― "soviet domination" across swaths of Eastern Europe was arguably the single geopolitical reality that the United States was most fixated on at the time, nearly 30 years into the Cold War ― that you can see the questioner, Max Frankel of The New York Times, barely concealing a grin as he prods Ford to explain himself.

The reality was that Ford had been trying to strike a tough posture and hadn't meant the words literally. But his refusal to come right out and concede that, as Dickerson details, was what really did him in. Frankly, the story will probably be a lot more engaging and fascinating if you listen to the episode ― Dickerson has a pleasant, inviting way of laying out these stories, and more to the point, it'll give you a little taste of his style before the Republicans hit the stage. Remember, if you're planning to watch, it'll be on CBS News at 9 p.m. ET, on Saturday, Feb. 13.