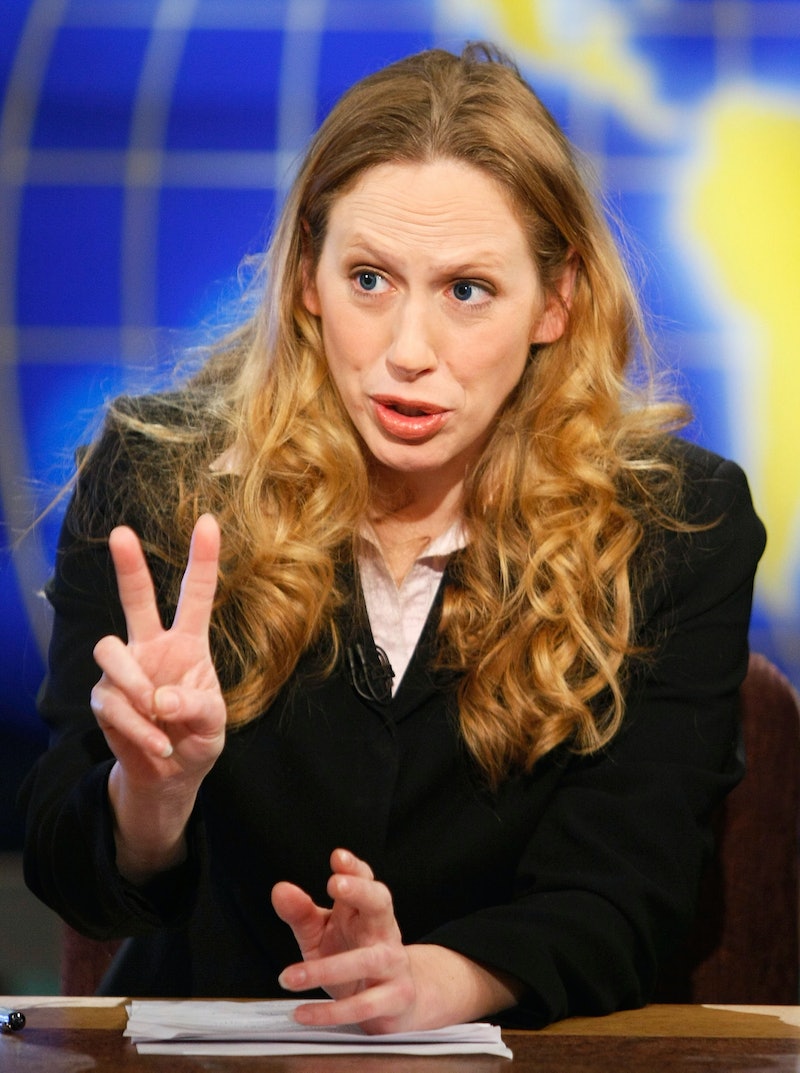 This Saturday, Republican presidential candidates will face a slew of questions from moderators at CBS News' GOP debate in South Carolina. Among them is Wall Street Journal editorial board member Kimberley Strassel, whose book Leaving Women Behind: Modern Families, Outdated Laws presents a surprising argument for how conservatives can help women get a leg up. Published in 2006 and co-authored by Celeste Colgan and John Goodman of the National Center for Policy Analysis, Strassel's book focuses on the impact outdated public policies have had on women in the workforce and argues the Republican belief in freer markets would better serve women than many Democratic policy proposals.

In Leaving Women Behind, Strassel argues that public policies like tax law, labor law, Social Security and employee benefits laws failed to adapt when women became a significant part of the workforce. Instead, those laws still favor the traditional family unit idolized in the 1950s. By failing to shift away from a system that rewards families made up of one full-time worker and a stay-at-home spouse, public policy actually punishes married women who chose to work.

Strassel, Colgan and Goodman examine why these federal policy institutions continued to cater to an antiquated idea of the family unit and argue a marriage-neutral tax system and a Social Security system based on earnings sharing would ensure men and women in the workforce have equal access to benefit resources. Strassel's argument is that many Democratic policies hinder rather than help women because they are based on an antiquated family ideal.

A year after Leaving Women Behind was published, Strassel reiterated her argument the Republican party could potentially snuff out accusations it was leading a war on women if only it would relate the issues working mothers and women struggle with to the party's belief in free-market policies. In a Wall Street Journal column that ran on Aug. 31, 2007, Strassel said, income inequality — an issue much discussed by Democratic presidential candidates — is a result of progressive tax policy rather than a violation of equal rights.

As second-income earners, married women are taxed at their spouses' highest marginal tax rate no matter how small their own salary may be, meaning it might be more costly for some married women to work than it would be to stay at home. The system Democrats support punishes married working women, Strassel argues, as it guarantees a single woman working the same job takes home more of her income than her married colleague. Conservatives' flat tax proposals not only put more money in working women's pockets but also treats women more like equals and could encourage more married women to enter the workforce, according to Strassel. "When was the last time a Republican pointed out that Ms. Clinton was helping to keep ladies in the kitchen?" Strassel asked in her column.

In arguing Democrats' progressive policies remain tethered to antiquated societal ideals, Strassel presents an interesting argument for how conservatives' free-market policies might better serve female voters. Yet one has to wonder, if many of the GOP's economic policies are as women friendly as Strassel argues, why haven't Republicans managed to woo women voters? Come Saturday, Strassel will hopefully use her extensive breadth of economic knowledge to grill the 2016 Republican presidential candidates about how they'd address issues unique to working women and mothers during their presidency.