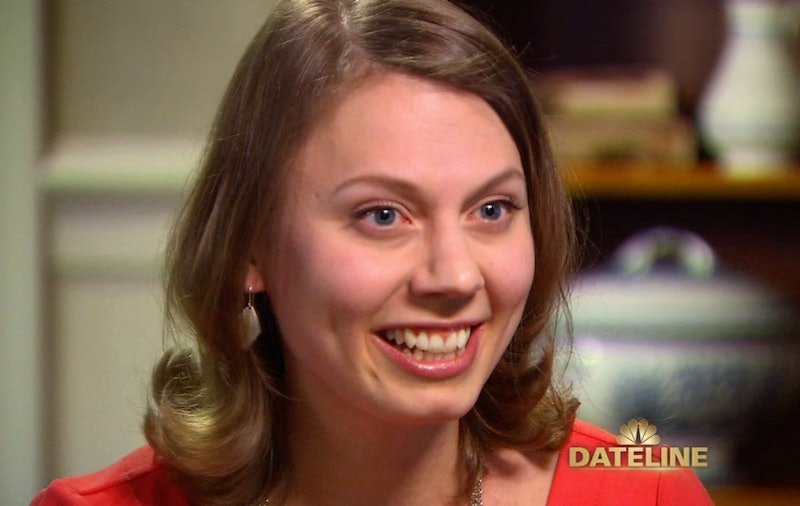 Brendan Dassey, one of the subjects of the Netflix hit Making a Murderer, has been in prison for 10 years. Convicted along with his uncle for the rape and murder of Teresa Halbach, largely based on his pieced-together confession during an interrogation by two detectives, Dassey had pleaded not guilty and tried to take back the confession he maintains was false. The now-26-year-old's new lawyer, Laura Nirider, specializes in allegedly wrongful convictions of young people, and took on another case that closely resembles Dassey's legal troubles. On Sunday, Feb. 14, a Dateline special about Robert Davis' case, which is strikingly similar to Dassey's, In the Shadow of Justice: The Interrogation, will air at 7 p.m. ET.

Nirider, an attorney at Northwestern University's Center on the Wrongful Conviction of Youth, offered to help with Davis' case after hearing about the circumstances surrounding his 2003 confession when he was only 18 years old. Just like Dassey's, Davis' interrogation and confession was filmed, allowing Nirider to fully examine what she called one of the most coercive confessions she's ever seen.

Davis was sentenced to 23 years in prison for the death of a young woman and her son, after the other two teens convicted for the murders accused him of helping. The 18-year-old denied his involvement, and in Bustle's exclusive Dateline clip, you hear Davis clearly say, "I wasn't there," through choked tears.

By the end of the six-hour interrogation however, he had confessed.

Faced with the reality of his taped confession and the threat of the other teens testifying against him, Davis signed a plea deal, maintaining his innocence, but acknowledging that there was enough evidence to convict him. After nearly 13 years behind bars, Davis was conditionally pardoned by Virginia Governor Terry McAuliffe (meaning the conviction will remain on his record) and released in December. Along with Nirider and other lawyers' arguments that he was coerced into confessing, the two others convicted for the double murder — siblings Rocky and Jessica Fugett — filed sworn statements saying they lied about his involvement.

Davis' legal victory highlighted the ways young people can be manipulated into confessing to crimes they didn't commit and subsequently wrongfully convicted. Nirider explains to Dateline's Keith Morrison in the video how the actions of the police interrogating Davis worked to pry, what she believes, was a false confession out of the teen.

"You've got these officers very, very close to Robert, who's a big guy pushed into that corner," Nirider says. "Increasing the pressure without even touching him." Old clips of the interrogation show an officer telling Davis that they have DNA evidence from dead skin cells found in dust linking him to the crime scene. "Not only was that false — there was no DNA found in this case," she tells Morrison. "But the officer then goes on to say, 'I can't lie to you about this, Robert,' it's when in fact he's lying about lying."

Davis' case could have implications for Dassey, who hasn't been able to prove his claim that he was wrongfully convicted. Not only does it set a precedent for overturning alleged wrongful convictions based on coerced confessions, but Dassey also has the same lawyer on his team; Dassey's case is currently in the hands of a federal court, and Nirider told Esquire in January that the best case scenario would be for the judge to grant Dassey a retrial. So while Dassey probably won't be pardoned like Davis any time soon, the Virginia case can only help him.

NBC will air the special, In the Shadow of Justice: The Interrogation, on Valentine's Day at 7 p.m. ET. In the meantime, check out the preview sent to Bustle and make note of the similarities between Davis and Dassey.

More like this
Lori Vallow’s Son Was Arrested For Sexual Assault Days Before 'Sins Of Our Mother' Premiered
By Brad Witter
Chris Kaba's Family Continue Fight For Justice After Viewing Police Bodycam Footage
By Sophie McEvoy
Women Around The World Are Cutting Their Hair In Solidarity With Mahsa Amini
By Darshita Goyal
Where Is The Bling Ring’s Rachel Lee Now?
By Arya Roshanian
Get Even More From Bustle — Sign Up For The Newsletter