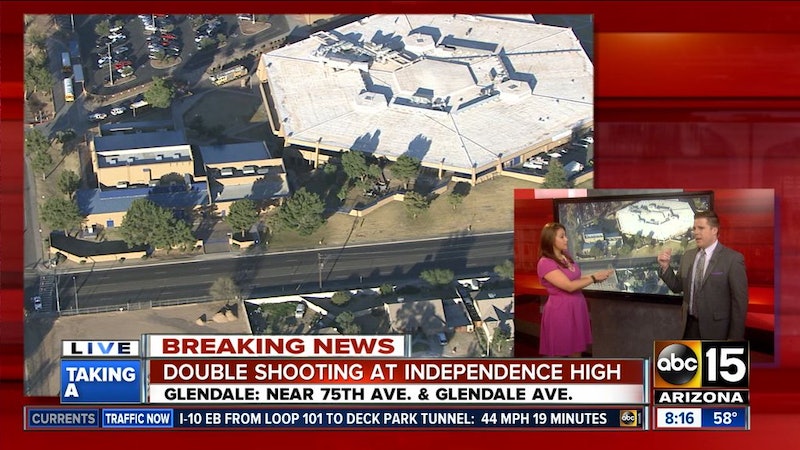 On Friday, a shooting at Independence High School in Glendale, Arizona, left two people shot and at least one person dead, local affiliate CBS 5 News reported. Few details have been released to the public, including the identities of the victims or shooter, but both of the people shot are reported to be teenagers. According to ABC 15, Glendale police have confirmed that they're responding to a double shooting, but have not offered any more details. Emergency vehicles are stationed outside the school, and the school itself is on lockdown. Update: The Associated Press reports that two teenage girls are dead after the shooting.

According to KNXV, the two people who were shot are both dead. Students are being relocated to a nearby Walmart, where they will be reunited with their parents.

The police department Tweeted: "We are investigating a double shooting at Independance HS. The incident was isolated. The school and neighborhood are safe."