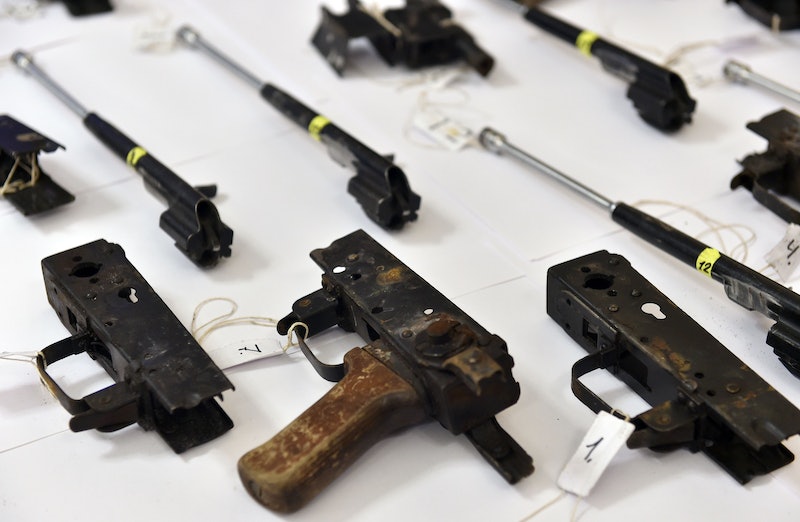 Local news outlets are reporting that police have responded to a double shooting at Independence High School in Glendale, Arizona, on Friday. The CBS affiliate in Phoenix tweeted that Glendale police have confirmed "working a double shooting." Photos from the scene have started hitting the web. ABC15 Arizona reported that Glendale police said two teenagers had been shot, but had not confirmed if they were students at Independence High School. "Glendale police says this is an isolated incident. NOT an active scene. PD says students are safe," ABC15 Arizona tweeted. The news outlet also tweeted that, "Police say they are NOT looking for a suspect in this shooting."

The Glendale Police department has tweeted out assurances to parents that, "The incident was isolated. The school and neighborhood are safe." However, it did also note via its Twitter account that: "The IHS campus is still on lockdown. The school is asking that parents stage at the WalMart at 75th Avenue/Glendale." Local reporters have described a scene of parents anxiously waiting to hear from their children at Independence High School. ABC15 reporter Allison Rodriguez tweeted, "Student inside the school tells me it's very loud in the school. Parents keep calling their children, people are panicked, students crying."