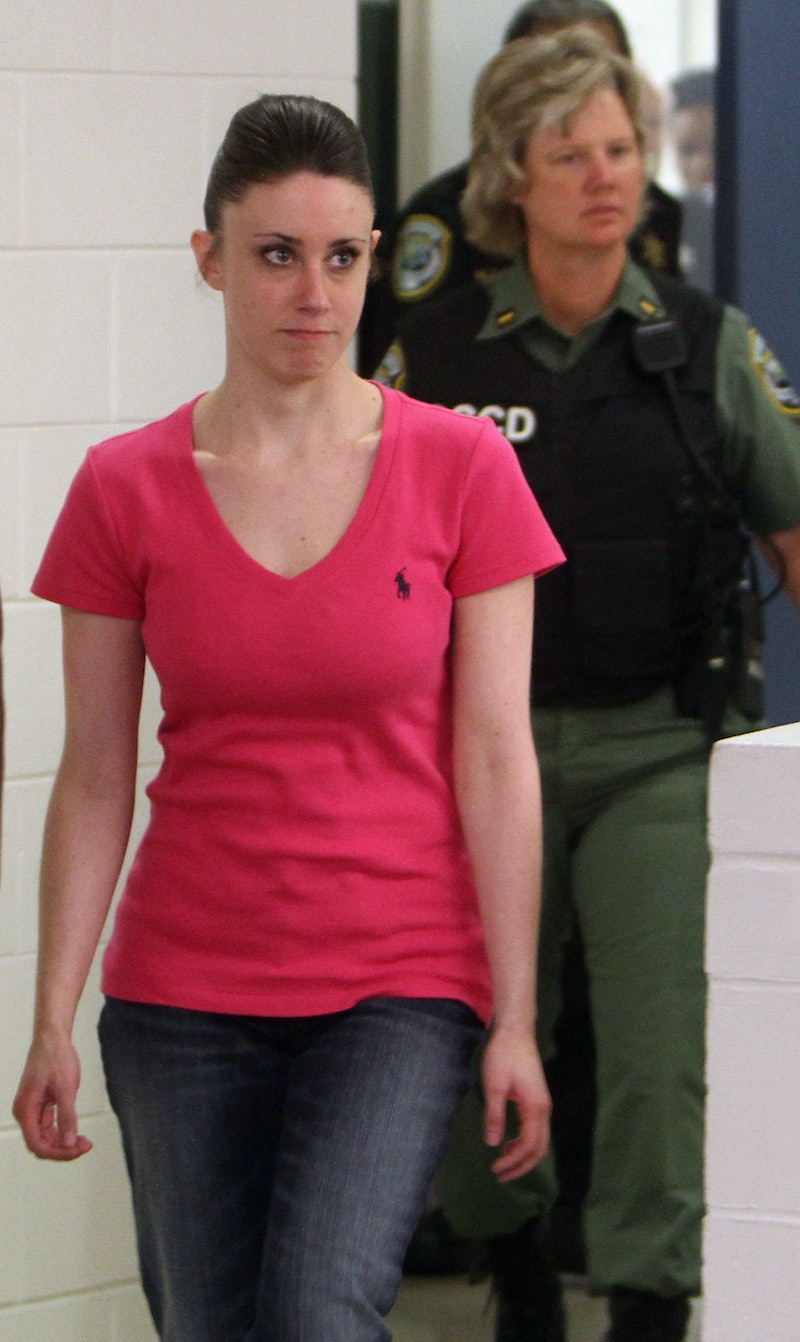 What were you doing in the summer of 2011? Well, you might recall that one woman spent those months at the heart of maybe the biggest, most sensationally covered, and grimmest crime stories in recent memory. Odds are you probably remember her name, if only thanks to how saturated the media was with coverage of her case ― I'm talking about Casey Anthony, who stood trial for the murder of her young daughter Caylee, and was ultimately acquitted. Since then, she's kept a pretty low profile. So, will Casey Anthony ever give a TV interview?

While her name may have faded from the public consciousness through the years, there have been some rumblings before about Anthony reemerging to tell her side of the story. Back in June of 2015, it was widely reported that NBC was in touch with Anthony about an interview, but a source at the network ultimately told the New York Daily News that there were "no plans to do an interview or anything else with Casey Anthony."

If you were hoping to gain some insight into Anthony's post-trial life, or what she might say in looking back on her daughter's death, there haven't been any rumors or suggestions to that effect since. So, basically, no: So far as it stands now, there don't seem to be any interview plans in the works.

For what it's worth, however, that could always change ― it does sound as though Anthony's considered this sort of thing before, although in the years immediately following her acquittal, she's drawn a lot of threats, harassment, and scorn. According to her attorney Cheney Mason in 2014, she's so widely hated by so many people that since the trial ended, she hasn't been comfortable being seen in public. It stands to reason that these concerns could extend to making a splashy TV appearance, too, although obviously the potential financial incentives are much greater.

It is true that she's reportedly gotten a little more visible recently, however ― she recently started a new business, apparently deciding on a career in photography. As USA Today's Matthew Diebel detailed this week, Anthony launched her new company, named Case Photography, with the apparent aid of her former defense investigator, Patrick McKenna. And just like you'd expect, the news has generated a lot of attention and controversy, with campaigns organized to harass and threaten Anthony out of the new business.

So, basically, that's the situation: She's finally taking on a more public life again (she reportedly acknowledged reporters from the Daily Mail when they started snapping her picture in West Palm Beach, Florida, allegedly urging them to "get my good side"), but there's no indication that she'll be sitting down for an interview anytime soon. This much seems clear, however ― with all the interest, and frankly, hostility that still exists towards her, she'll be able to draw some attention if she ever does want to speak out.