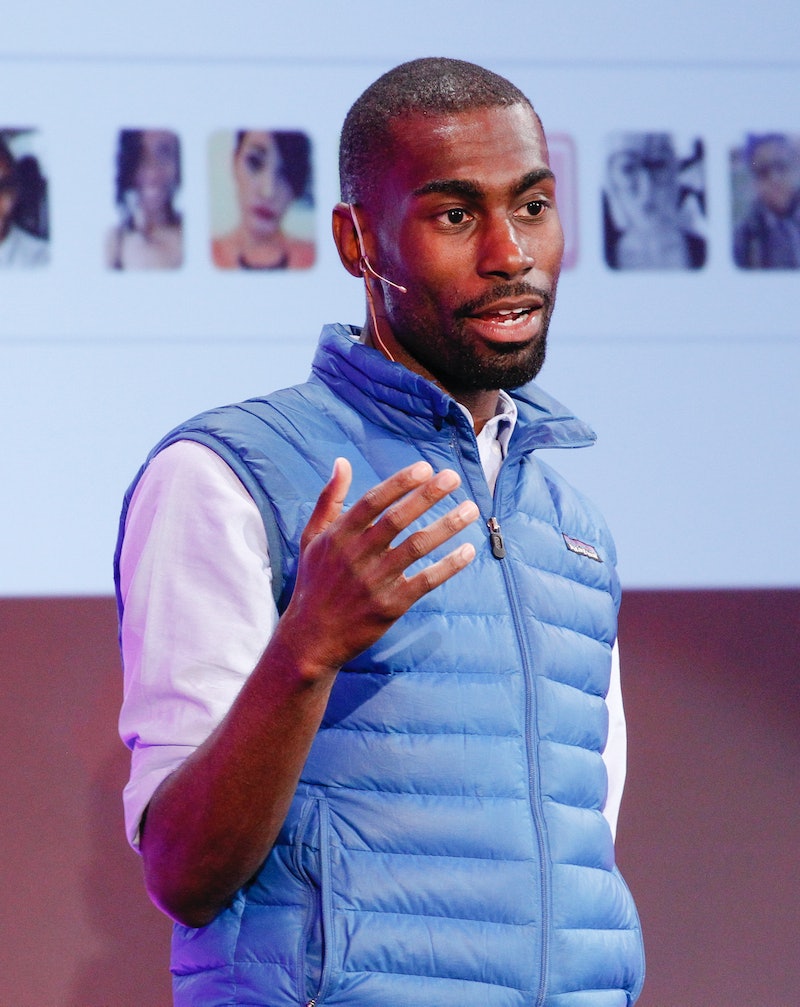 Last week, one of the highest-profile activists in the United States announced a big move, jumping headlong into the political system. If you've been following the Black Lives Matter movement, you probably already know his name ― it's DeRay Mckesson, who's been one of the most far-reaching, powerful voices on police violence and racism in the criminal justice system on Twitter. Now, he's vying to become mayor of his home city of Baltimore, and the campaign seems to be getting moving: DeRay Mckesson's first campaign ads were released on Friday, and they set a pretty clear tone for how he plans to appeal to the citizens of Baltimore.

As BuzzFeed's Darren Sands details, the spots were produced by a firm that's also done work for politicians like Massachusetts senator Elizabeth Warren and New York City mayor Bill de Blasio. And they're a pair of pretty compelling spots ― they present Mckesson mainly through the words of his family, friends, and associates.

The first one is titled "Love Is The Why" ― I initially misread it as "Love Is The Way," but it's actually a good deal more poetic that that. In the video, Mckesson's father Calvin says that although his goal was to get his two sons out of an environment wracked by poverty and drug addiction, DeRay "always went back to the city." It's a crisply produced, emotionally resonant spot.

The second video is titled "Together We Will Win," which is a sentiment he voiced when he tweeted it out. If you follow him, you've probably heard him say something similar before ― "we will win" is one of Mckesson's most familiar sayings. It features a number of his friends and co-workers commenting on his commitment to change and his leadership skills, before finally giving way to Mckesson himself.

Baltimore is a city of promise and possibility. The traditional pathways of politics and the politicians who follow them have never led us to the transformational change that our city deserves. I'm not an insider, but I am an activist, an organizer, an educator, a brother, a son, and a citizen of Baltimore. Someone who knows that this city is a city of promise, and it can be more than it is today. Tweet me, DM me, I wanna hear from you. Together, we will win.

The second video is similarly slickly produced, and you've got to hand it to Mckesson as far as his on-camera vibe goes ― especially at the end, when he's looking directly into the camera. Politicians invariably have to be comfortable trying to make eye contact with people through their TV and computer screens, and sometimes it can look a little strange, but it's clear that his experience as an activist and in dealing with the media has given him a leg-up in this area (if you want to see just how well he can keep his cool up against inane and offensive questioning, to boot, you can check out this awful Wolf Blitzer interview).

And if you're looking for something meaningful about his campaign that you can take away from these ads, what he says at the end of the second one is actually pretty instructive. Urging would-be supporters to tweet at him, or send him a direct message, combined with the slogan "we will win," which jumps straight from his months of activism on social media? It's clear that while many politicians (especially ones who've been as active on social media as he has) would be running from their social media history, Mckesson is embracing his.

It'll be fascinating to see just how much ground can gain in Baltimore's thick field of mayoral candidates ― as it stands now, he's just one of 14 candidates.