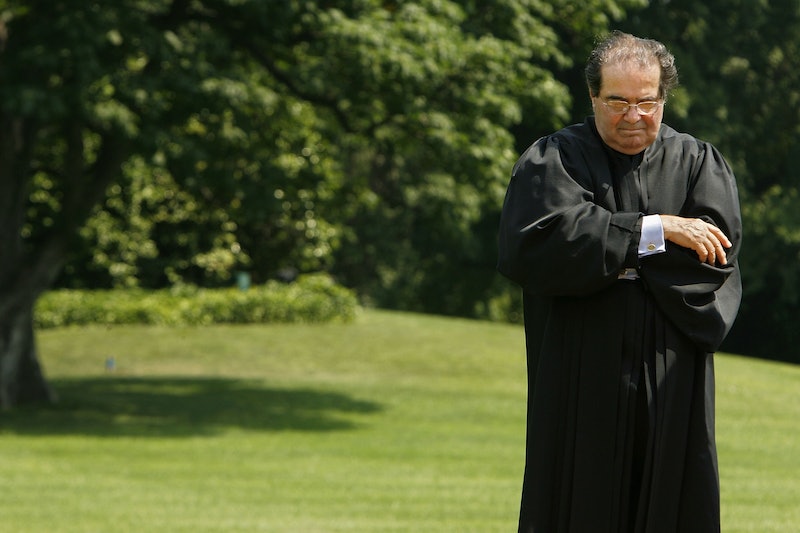 Shortly after a Supreme Court judge was announced dead on Saturday conservatives declared war on any attempt President Barack Obama would make to appoint a nominee. The appointment of a successor to one of the Supreme Court's most uncompromising conservative voices would have certainly thrust Washington into a political frenzy no matter when it happened. Yet because the death of Supreme Court Justice Antonin Scalia came during an election year, the tempest surrounding his replacement will be even more tumultuous as the clash between Republicans and Democrats over whether Scalia will be replaced by a liberal or conservative bleeds into the presidential race.

With Scalia, the Supreme Court broke down roughly into four judges with fairly liberal leanings and four judges holding decidedly conservative viewpoints with Justice Anthony Kennedy falling somewhere in the middle. While convincing a Republican-controlled Senate to approve a nominee put forth by a Democratic president is in and of itself a herculean task, Obama could find it near impossible to push a nominee through to the Supreme Court before his presidency ends on January 20, 2017.

In a testament to just how contentious many Republicans in Washington have become regarding even the idea of cooperating with Obama, the fight over Scalia's replacement began mere minutes after news of his death was made public. Republican presidential candidates Ted Cruz and Marco Rubio almost immediately urged the Senate to stall any Obama nominees and allow the next president to appoint a replacement for Scalia.

Other conservatives, including U.S. Senate Majority Leader Mitch McConnell, also took to Twitter to voice their support for a Senate block on anyone President Obama might name as his nominee in the hours after Scalia's death.

Vermont Sen. Patrick Leahy, who serves as a ranking member of the Senate Judiciary Committee, issued a statement Saturday evening in which he chided conservatives calling for a Senate boycott of any attempt by Obama to appoint a new Supreme Court judge. "I hope that no one will use this sad news to suggest that the President or the Senate should not perform its constitutional duty," he said. "The American people deserve to have a fully functioning Supreme Court. The Supreme Court of the United States is too important to our democracy for it to be understaffed for partisan reasons." Nearly 11 months remain before a new president would take office and begin proceedings for appointing a new justice, Leahy subtly pointed out.

Indeed, a vacancy on the Supreme Court bench in 2016, when the Court is expected to rule on major issues such as abortion and the Affordable Care Act's birth-control mandate, could lead to the dismissal or delay of some cases due to projected 4-4 divided rulings.

Scalia's death — and the resulting open seat on the Supreme Court — has, without a doubt, upped the ante for both Democrats and Republicans in the race for the White House. Although it's difficult to predict whether Scalia's replacement will be a more liberal pick from the Democrats or a staunch conservative put in place by Republicans, it's almost guaranteed the country will see the appointment of a new Supreme Court justice become a prominent theme of the presidential election. Even if Obama is able to push a nominee of his choice through the Senate before the end of the year, the next president will likely have to recommend a Supreme Court judge or two of their own given that Justice Ruth Bader Ginsburg will be 83 and Justice Anthony Kennedy will be 80.