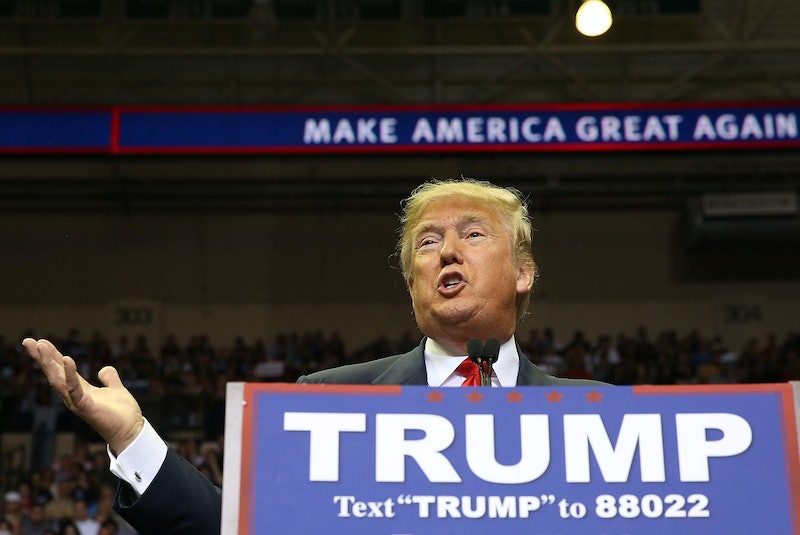 U.S. Supreme Court Justice Antonin Scalia was found dead on a West Texas ranch on Saturday. News of his death broke just hours before Saturday's scheduled GOP debate in South Carolina, and conservative politicians are freaking out — Donald Trump even tweeted about Antonin Scalia's loss as a setback for the conservative movement and the country. Update: According to the New York Times, Obama has indicated that he plans to choose Scalia's replacement promptly.

Scalia was an influential conservative justice, voting against abortion and gay marriage, and in favor of individual's rights to possess guns. But his death during an election year opens up the Supreme Court to the potential of being less conservative and more left-leaning. However, the stakes are also high for President Obama's decision regarding who will succeed Scalia— the possibility of even appointing a more progressive justice is a difficult one, specifically because the Senate is currently controlled by Republicans. Allowing SCOTUS to tilt in the favor of progressives would be a threat to the GOP for the duration of this election.

CNN senior legal analyst Jeffrey Toobin spoke on that, stating "His departure leaves a huge political fight in the offing because this is a Court with five Republican appointees (and) four Democratic appointees. ... The Senate Republicans recognize how important it is to maintain a conservative majority on the court."

The question will be whether President Obama’s nominee, who I expect will come quickly, will get a vote at all in the remaining months of this presidency.

However, GOP candidates Marco Rubio and Ted Cruz have another idea and are not in any rush to hear the president's nomination. Neither Rubio nor Cruz believe that Obama should have any say in who will take Scalia's seat in the Supreme Court and advocate for the decision to be delayed until the next president is in office.

Of course, that argument could also align with the other side of the political spectrum— delaying the next SCOTUS justice nomination could actually solidify the GOP's (or at least Rubio's) worst fear of Obama being appointed. That is, if the nomination was delayed until the next presidency, and that president was a Democrat.

Some people have already suggested this counter-narrative on Twitter as well.

One thing is certain, this conversation will most likely take center stage during Saturday's debate.