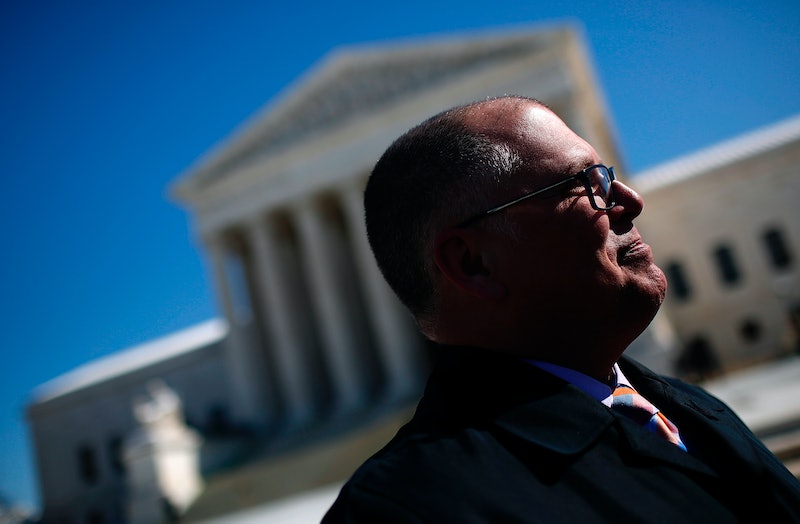 On Saturday, U.S. Supreme Court Justice Antonin Scalia was found dead at a Texas ranch. He was 79. While not everyone would necessarily agree with Scalia's conservative leanings, there's no question that the man deserved respect. That sentiment was shared by LGBT leader and gay marriage icon Jim Obergefell, who honored Scalia in a tweet that may come as a surprise to some given the two men's history.

"Thank you for your service to our country, Justice Scalia," Obergefell tweeted. "Condolences to your family and friends."

In 2013, Obergefell wed John Arthur, and after Arthur died of a terminal illness, Obergefell wanted his name on his partner's death certificate at the surviving spouse. At the time, their home state Ohio did not recognize same-sex marriages and would not allow that decision. Obergefell filed suit, and eventually his case reached the Supreme Court, where, in June 2015, it was ruled 5-4 that marriage was a constitutional right, effectively legalizing gay marriage across the country.

Obergefell's tweet is a poignant reminder of what really makes America great: that two people who have strongly opposing points-of-view can still find room to respect each other.