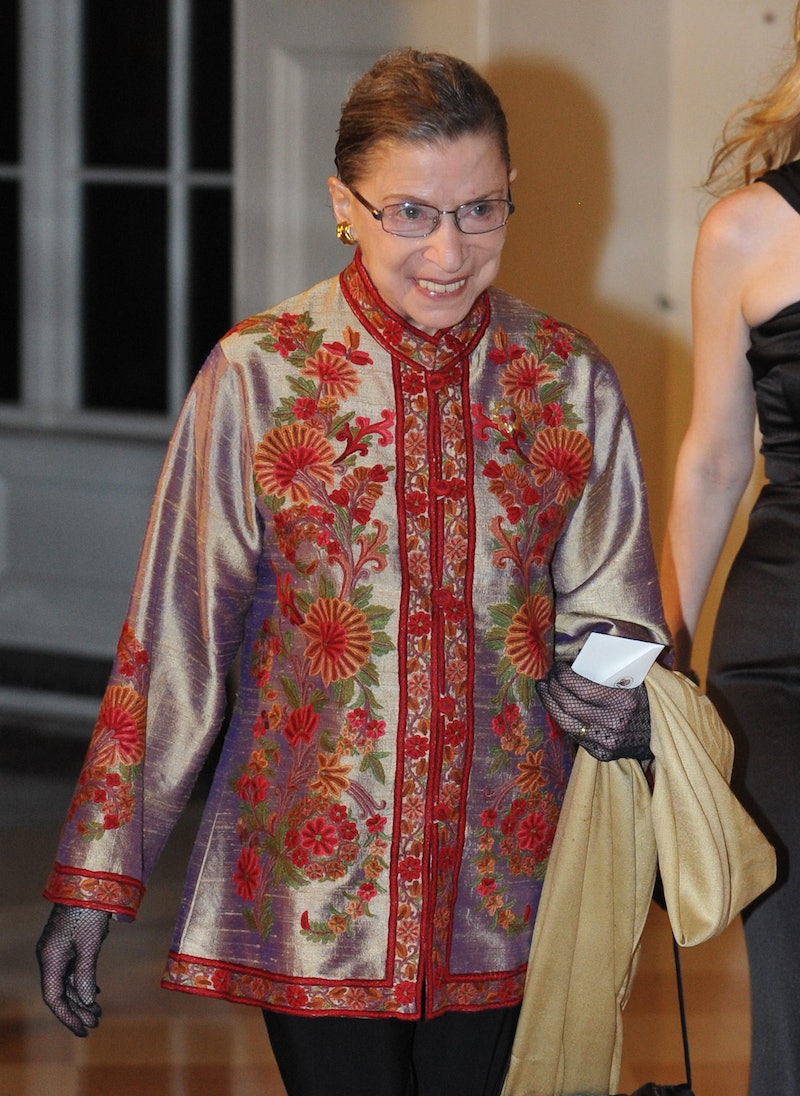 On Saturday morning, Supreme Court Justice Antonin Scalia was found dead in his hotel room, reportedly of natural causes. He was 79, and had been the longest-serving current member of the high court, appointed by President Reagan back in 1986. And during that 29-year run on the bench, he managed to pick up a buddy, despite an endless litany of ideological differences ― that's right, Antonin Scalia and Ruth Bader Ginsburg's friendship was real, and long.

It may sound surprising if you're not particularly plugged into the social lives of our Supreme Court justices, and hey, who could blame you? That's not exactly the hottest beat around, and few public figures of the power and import of Supreme Court justices lead such relatively anonymous lives. But if you've ever gotten to know somebody even though you can't stand their politics ― through your job, a shared hobby, or simple happenstance ― you basically know the story of Scalia and Ginsburg.

As David G. Savage detailed for the Los Angeles Times last year, the two grand elders of the court ― Scalia was 79, and Ginsburg is 82 ― weren't just workplace acquaintances, but enjoyed hanging out in their free time, too. They frequently dined together, spent New Year's Eve together, and in 1994, they even took a trip to India, and rode on the back of an elephant together.

Now that's a gem of a photograph, right? Scalia and Ginsburg had some fun in recalling this trip during a joint event last year, as CNN's Supreme Court reporter Ariane de Vogue detailed ― Ginsburg confirmed that "it was a bumpy ride," and Scalia interjected, remembering that some of her friends objected to their placement atop the elephant.

Some of her feminist friends gave me a hard time because she rode behind me on the elephant.

Ginsburg's reply, which elicited laughter from the notoriously curmudgeonly, arch-conservative justice? "The driver explained it was a matter of distribution of weight." Good zing, Justice Ginsburg.

Of course, none of this means that you have to have liked Scalia, or have to think well of him now that he's passed ― while he's undoubtedly a hero to many conservative legal observers, his so-called "constitutional originalist" view of the law (which often conveniently coincided with his own political ideologies) made him something of a reviled figure on the political left. But it's always worth remembering that however stridently you might disagree with somebody else's views, sometimes you can forge ahead and find some common, friendly ground.