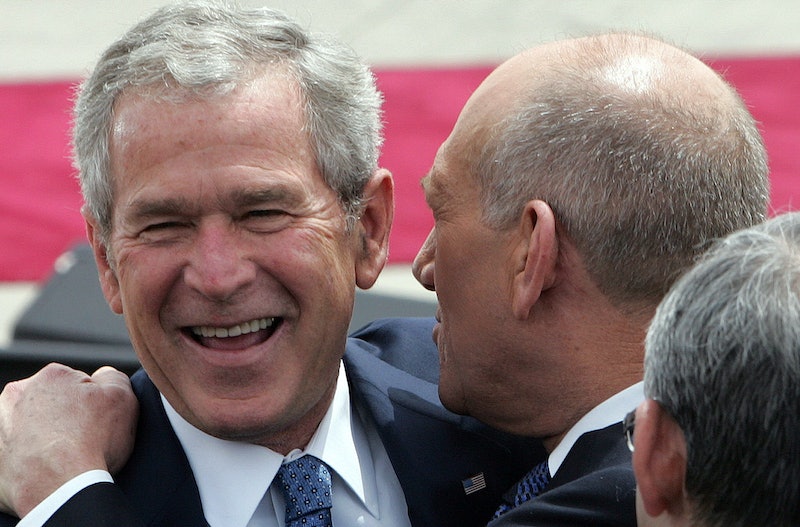 The South Carolina primary is fascinating because in its history, no Republican presidential candidate has ever won the S.C. primary without previously winning either the Iowa caucuses or the New Hampshire primary. However that all changed with Newt Gingrich; in 2012, Gingrich swept the S.C. primary victory over Mitt Romney, making it the first time a candidate had won the southern primary without winning a previous primary or caucus in 22 years. As the South Carolina primary will be held at the end of February, here's a look back at past winners between 2012 and 1986 who went on to become president.

In the heated 2008 presidential election that eventually came down to John McCain and Barack Obama, the South Carolina primary selected Obama as the Democratic winner. Before the primary, Obama and Hillary Clinton were neck-and-neck in the polls, as Obama had won the Iowa and Nevada caucuses, and Clinton won the New Hampshire primary. However, in the "first in the south" polls, Obama took the frontrunner spot with 55 percent of votes in South Carolina, and eventually won the presidential general election in November 2008. In 2012, as the Democratic incumbent, Obama won the S.C. primary again.

George W. Bush won the South Carolina primary in both 2000 and 2004. In 2000, the S.C. primary had the highest turnout in its history, with up to 500,000 Republican voters participating, according to ABC News. After going up against and losing to fellow Republican John McCain in New Hampshire, Bush needed to win the S.C. primary if he wanted momentum to win the general election. With 53 percent of the votes to McCain's 42 percent, Bush swept the southern primary in 2000 and eventually became the president that year. As the incumbent president, Bush was uncontested in the 2004 S.C. primary, thus winning once again.

Bill Clinton was the 42nd president of the United States and made a name for himself when he garnered more percentage points from Democrats than then-incumbent George H.W. Bush received from Republicans in the 1992 South Carolina primary. As far as Clinton's 1992 S.C. primary race against the other Democratic candidate, Paul Tsongas, the results were again in his favor. With 62.9 percent, Clinton beat Tsongas by 44 percent, winning the S.C. primary and eventually the general presidential election in November. As the incumbent president in 1996, Clinton was uncontested as the Democratic candidate in the following S.C. primary and was re-elected for another presidential term.

The 1988 South Carolina primary was an important victory for then-Vice President George H.W. Bush, who was defeated by Ronald Reagan in 1980. In 1998, Bush Sr. was up against fellow Republican Bob Dole and beat Dole by more than double percentage points. With 48.5 percent of the votes to Dole's 20.6 percent, Bush Sr. emerged the clear victor of the 1988 S.C. primary. Bush Sr. went on to win the general presidential election in November of 1988, thus serving as the 41st president of the United States.

As a former Hollywood actor, Ronald Reagan stepped into the presidential race with expected fanfare from supporters. In the race against John Connally, Reagan won the 1980 South Carolina primary with 54.7 percent of the votes. Months later, Reagan was elected president in November of 1980. History repeated itself in 1984 when Reagan once again won the S.C. primary as the uncontested incumbent president and he was reelected for another presidential term that same year.