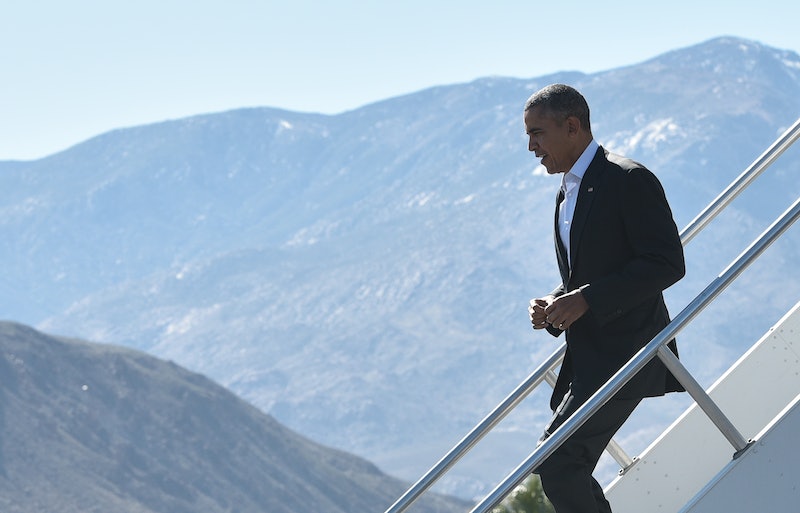 The death of Supreme Court Justice Antonin Scalia will have many far reaching effects, including an immediate impact on the cases that the Supreme Court is set to decide on this term. One such case involves a landmark Environmental Protection Agency rule limiting carbon emissions, and while nothing is in the bag yet, it’s quite possible that Scalia’s death just saved President Obama’s environmental agenda.

Scalia died at an especially high-stakes moment for the Supreme Court, as it’s about to rule on several very controversial and consequential cases. One is North Dakota v. EPA, in which several states are trying to block a major EPA rule intended to cut carbon emissions. That rule is known as the Clean Power Plan, and it was a cornerstone of the international climate agreement reached in Paris in December.

Days before Scalia died, the Supreme Court had issued a stay on the Clean Power Plan, which blocked its implementation until a lower court — the DC Circuit Court, to be exact — ruled on its legality. While this was only a temporary block, the fact that the court decided to issue it was extremely unusual, and strongly indicated that the court’s conservative majority would ultimately strike down the entire Clean Power Plan after the lower court issued its ruling.

Now, though, one of the five members of that conservative majority is gone. No one can say for certain how the court would have ruled if Scalia was on the bench, but his absence turns what was likely a 5-4 vote against the plan into a 4-4 split. If the eight-member Supreme Court reaches a tie on the case, the DC Circuit Court’s (yet-to-be-issued) ruling will stand.

Again, nobody can predict with certainty how a court will rule on anything, but the DC Circuit Court is far more likely to uphold the Clean Power Plan than the Supreme Court was before Scalia died. It has seven Democratic-appointed justices and only four appointed by Republicans. What’s more, Obama himself appointed four of those seven Democrats, while one of the Republicans on the bench, Karen LeCraft Henderson, has been sympathetic to EPA rules in the past.

From a legal standpoint, there are many different paths that this case could take. What’s irrefutable, though, is that Scalia’s death has significantly boosted the Clean Power Plan’s chances of survival. That, in turn, is a good sign that the worldwide climate agreement accord reached in Paris last year will continue to hold, as America’s adoption of carbon emissions regulation was a lynchpin of that agreement.

As with everything court-related, nothing is for certain until both courts issue a ruling. The death of Antonin Scalia, however, has materially boosted the probability that one of Obama’s biggest environmental initiatives will outlive his presidency — and secure his legacy as a pro-environment president.