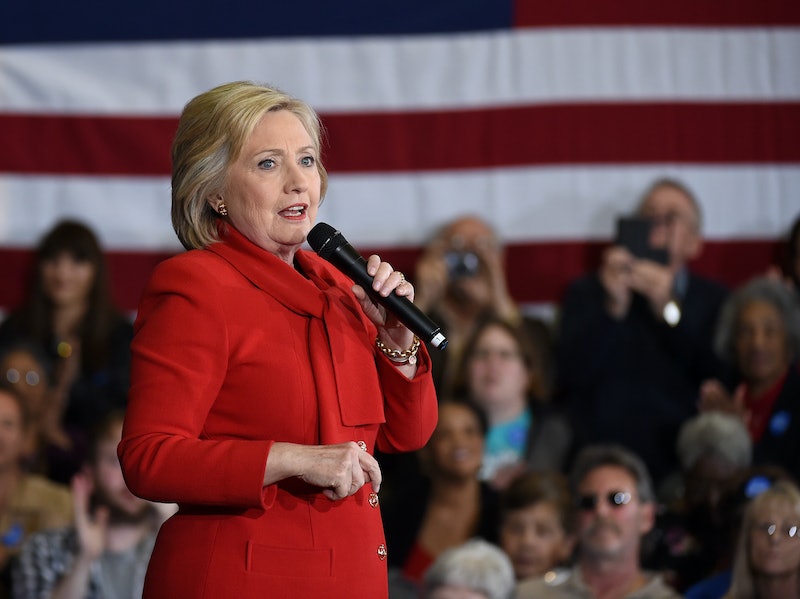 After what amounted to a statistical tie in Iowa and a blowout in New Hampshire, former Secretary of State Hillary Clinton may have to wait until South Carolina votes on Feb. 27 before she can claim her first definite win over the progressive populist campaign of Vermont Sen. Bernie Sanders. According to aggregates compiled by The Huffington Post, Clinton and Sanders are tied in dusty Nevada after a poll from Republican pollsters at Targetpoint sponsored by conservative newspaper The Washington Free Beacon reported that out of a pool of 1,236 likely Democratic voters, 45 percent of the electorate were planning on voting for Clinton, another 45 percent for Sanders, and a total of nine percent were still undecided.

Polling in Nevada has been scarce compared with pre-election results from South Carolina. Over the course of the past year, The Huffington Post reports that only seven polls have been released in the Silver State from five firms. Compare that with numbers from South Carolina, where HuffPo is tracking the results of 22 polls conducted by 13 polling companies over the same time period. Polling Nevada voters is difficult to do for a number of reasons: caucus states are tricker to poll, the state itself has a highly transitory population, and there is the added language barrier — to be effective, polls really should be conducted in both English and Spanish.

The transitory nature of the population in Nevada has only been exacerbated by the foreclosure crisis, with both campaigns saying that a massive amount of leg work has been necessary to build up voter information profiles provided to them by the Democratic Party through their partnership with data provider NGP-VAN. Even data collected in the 2012 campaign by Barack Obama's Organizing for America effort is likely to be out of date, given the successive waves of foreclosures sweeping through the area. That means that crafting a winning campaign strategy becomes more of an art and less of a science; modern campaigns have become so data-driven that the absence of reliable data means that campaigns must choose to use valuable volunteer hours to gather voter data through phone banking or canvassing, or suffer the consequences of flying blind into an election contest.

While Democrats caucus on Feb. 20 in Nevada, they'll hold their next primary a week later in South Carolina on Feb. 27. HuffPo's aggregation is showing Clinton leading by a factor of 26.5 points over Sanders — 59.4 percent to 36.3 percent — a slightly larger margin than when she lost New Hampshire earlier this month. However, Sanders has been making steady inroads with South Carolina voters over the course of the past five months, whereas Clinton's campaign has been on a mild downward trajectory in the state since mid-November.

With doubts surfacing about the strength of the so-called Clinton campaign firewall made up of African American voters in South Carolina, it remains to be seen which Democratic candidate will be able to capitalize on crucial momentum as the presidential campaign heads into its next phase.