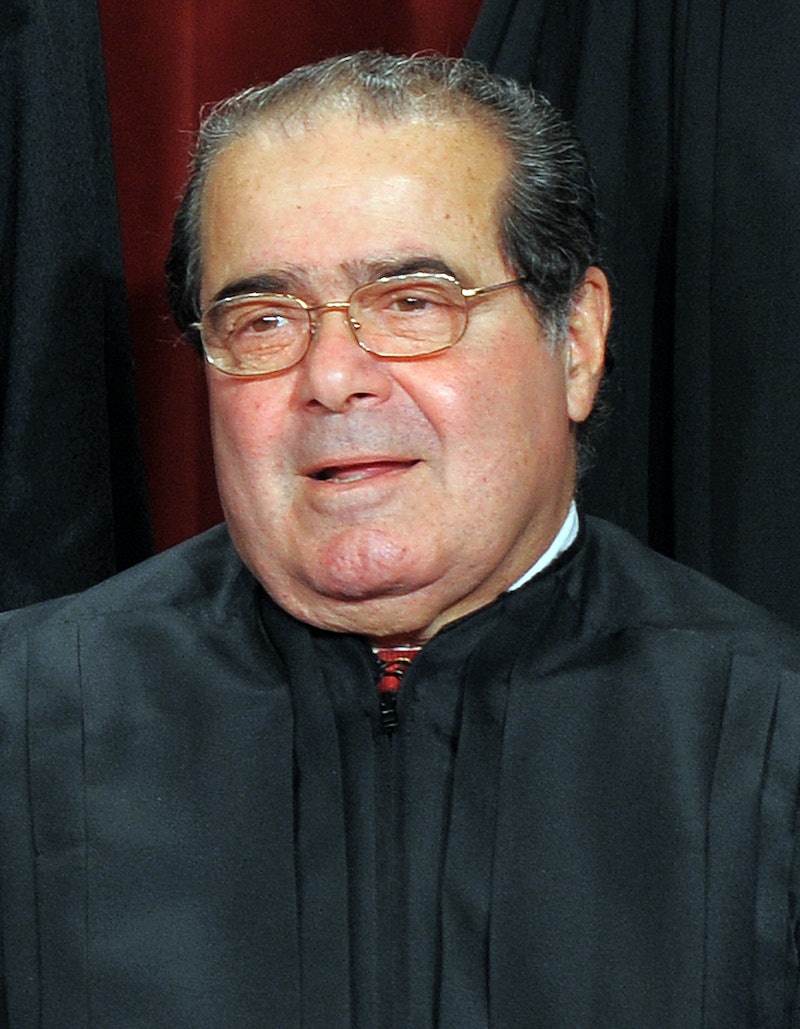 The death of Supreme Court Justice Antonin Scalia provides Obama with the possibility to reshape the nation's highest court for decades to come. But there's a short-term benefit too: Scalia's death may help Democrats in the general election, as the battle for confirmation of the president's eventual pick could stretch into summer or even fall, if the promises of Republican obstructionism hold true. Up and down the ticket, Democrats could benefit if they can tie their candidacy to the future outcome of the Court and some of the high-profile cases on abortion, immigration, and collective bargaining currently being heard.

Much of this will depend on who Obama ultimately chooses and how long it takes the Senate to confirm the new justice. In a worst-case scenario — if Republicans obstruct big time — America may not even have a confirmed nominee by November. That's what Senate Majority Leader Mitch McConnell has said. Just a few hours after Scalia's death was reported, the Republican said the newly elected president in November should choose — despite the fact the Constitution (and its authors who Scalia was a big fan of) would point to Obama having a say with the Republicans debating the candidates on their merit.

If there are still just eight justices come November, this will be the number one issue in the presidential race. Every debate, ad, and interview leading to the same question: What kind of legal mind would you nominate? As tied cases reverted back to the federal appeals court or top state courts, everyday Americans would be reminded of the power of the Supreme Court. No longer would there be a final say on these issues, but a more liberal or conservative district court could have their own say on the matter — at least in their jurisdiction.

If Obama fights Republicans on the nomination in the Senate up until the election, it could change the outcomes of swing-state Senate races too. That's what the Democrats are hoping at least. Democratic Sen. Patrick Leahy told Dana Bash on CNN's State of the Union as much. "If the Republican leadership refuses to even hold a hearing, I think that is going to guarantee they lose control of the Senate, because I don't think the American people will stand for that," he said on the Sunday talk show.

As John Cassidy for The New Yorker pointed out, if Republicans put the breaks on Obama, whoever the Democrat nominee is can turn the election into another referendum on Obama, motivating some of the voters who turned out to support him but might not be as excited about a Clinton or Sanders campaign. But the opposite could also hold true, though. Cassidy quoted David Axelrod, who tweeted what could happen if Obama manages to nominate a progressive justice: The GOP base could come unhinged.

Whether or not Obama gets to see his pick join Elena Kagan, Sonia Sotomayor, and the other justices, one thing remains true. The next president will likely get to nominate a replacement for at least two justices. Everyone's fave RBG and the author of the gay marriage decision, Anthony Kennedy, will both be in their 80s by Election Day.