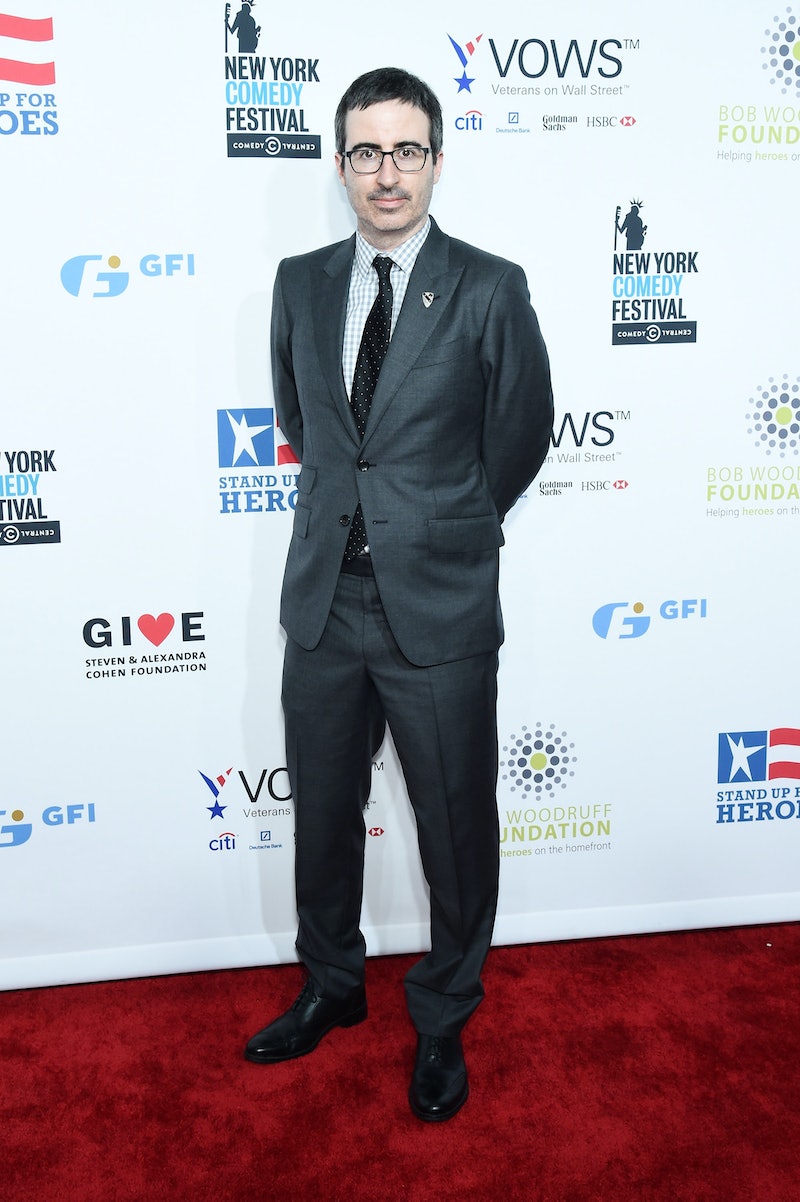 Chipotle's rough spell seemed like a thing of the past — that is, before Last Week Tonight's recess came to an end. The nation's favorite burrito joint has had a tough couple of months, thanks to a spat of investigations into its food safety practices. (Chipotle has pledged to do better, holding a company-wide town hall meeting last week to this end.) One upside — at least in regard to timing — has been John Oliver's winter hiatus, which saved Chipotle some ridicule from America's favorite British funnyman.

On Sunday night — the first night Oliver had been back on the air since November — Oliver decided to cover the Feb. 8 Chipotle-wide shutdown for a food safety training. "It's the best day Subway has had since Jared went to prison," Oliver said, referencing the jailing of ex-Subway spokesperson Jared Fogle and kicking off a segment poking fun at the issue. He reviewed the many store closings, as well as the FDA investigation into Chipotle's practices.

Of fixing these problems, "It may take more than a few hours," Oliver joked.

But what will save the day for Chipotle? Its adoring fans, of course. That's to say, you, and everybody featured in the interviews Oliver featured from the local news. "It's just so good," one fan of the restaurant told a local news reporter. "It is just so tasty. It's my dirty little secret. I love Chipotle."

And there's a sentiment everybody can get on board with.