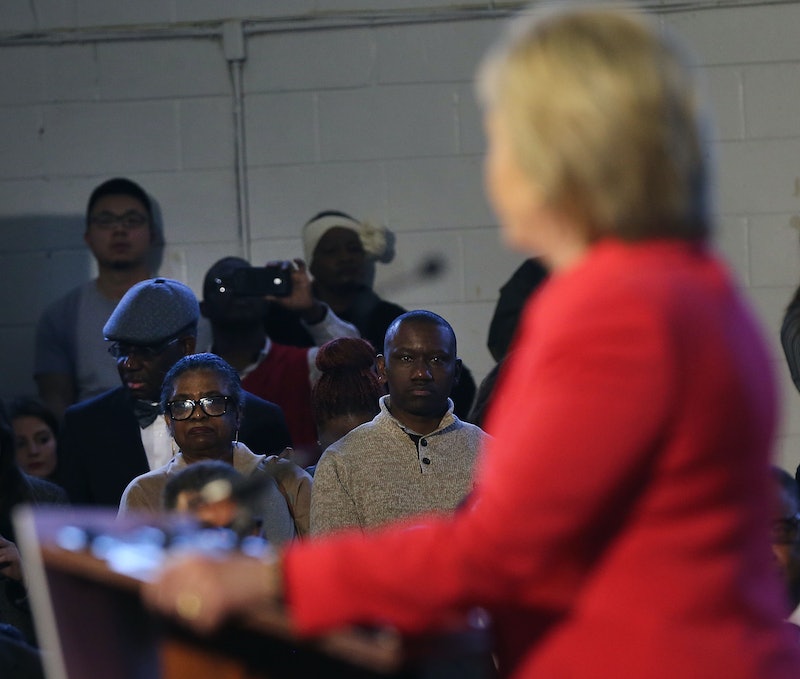 Next week's South Carolina primaries hold an interesting place within the election season — they are significant racially, scientifically, and by their large number of delegates. When candidates are looking to appear viable among a majority of the nation, they look to the Palmetto State to best reflect that same diverse majority. South Carolina's primary results will therefore be key to both parties, as each side attempts to grasp which issues are most important to the everyday American voter.

The results for South Carolina's primaries will roll in as they're counted for South Carolina's Republican primary on Feb. 20 and the Democrats' on the Feb. 27, mirroring the nail-biting wait for both Iowa and New Hampshire's results. Sites like Politico and Forbes will continue to have live updates of the votes as they become available. The predicted gap in polls for the Republican candidates should make the results come out quicker — Donald Trump is currently leading Ted Cruz by nearly double points. Hillary Clinton is likewise polling ahead of Bernie Sanders by nearly 20 points. If the 2012 primary election is a good indicator, which had similar gaps among candidates, voters should have a clear idea of the results by late evening.

South Carolina's primaries for both parties have more delegates than both Iowa and New Hampshire did — 50 for Republicans and 59 for Democrats. In addition to the extra delegates for both parties and the coveted black vote for the Democratic candidates, the Republicans also have a reason to focus on South Carolina — the Palmetto State has, with only one exception, correctly selected the Republican nominee every year since 1980. Mitt Romney was the only one to lose out on that streak in 2012.

In terms of the issues at play in the state, race will be an important factor. South Carolina's primary will give voters the first look into the only election thus far to represent a diverse demographic, reflecting a greater racial scale than Iowa's and New Hampshire's largely homogeneous populations. As the first primary in the South to carry a large portion of black voters, both Clinton and Sanders are vying to best one another in an election that seems more and more about the ability to honor the struggles of minority voters. Clinton is currently carrying the state among black voters, with a CBS poll placing her at a 73 percent majority among African-Americans. However Sanders, for his part, is expected to rally young black voters, with whom he has been increasingly popular.

The Palmetto State also has significance for a reason the Republican candidates have been wary to tackle: climate change. The state has seen a dramatic shift in its weather due to climate change, with scientists predicting that South Carolina's average temperature could increase an entire 9 degrees over the next 70 years. Last year's flooding in the state, formerly heralded as a once-in-a-lifetime event, was also a warning for its residents: Increased temperatures, rising sea levels, and new wildlife disease create the perfect storm in which natural disasters such as flooding may occur often.

It is, therefore, even more paramount that South Carolina voters get out to the booths on Feb. 20 and 27. The state's record-breaking potential for predicting nominees, as well as its racial and scientific significance, all position the state to capture an accurate picture of the direction the country's voters are headed.