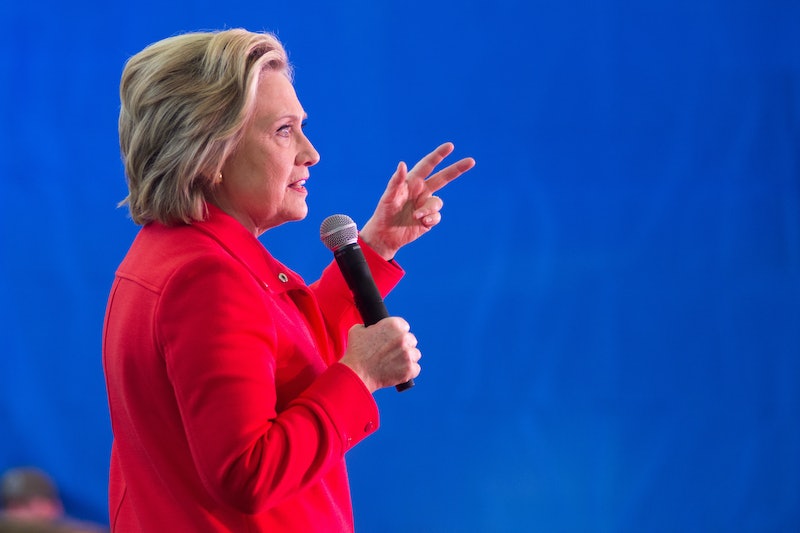 As with each election cycle, candidates on the left side of the aisle tend to appeal to African Americans, a pull that has become increasing important for candidates as the black vote has grown to carry more weight. In the case of the Feb. 27 Democratic South Carolina primary, Hillary Clinton is winning the election before it even begins, thanks to her popularity among black voters. Whether or not she will be able to maintain the majority support from black voters will be key in the rest of Clinton's campaign, with South Carolina's large black voting population serving as her first test. (A test, it's worth nothing, she unexpectedly failed to President Barack Obama in their 2008 race to the White House.)

During that race, Clinton had all but expected the black vote to be handed to her when placed up against a previously unknown Senator Obama. Clinton's campaign believed they had South Carolina in the bag until Obama surprisingly took the state by a 55 percent lead to Clinton's 27. Clinton's team does not want to make that same mistake this go-around. With black people making up to 60 percent of South Carolina's electorate, Clinton is hoping to keep her high margin this time against Bernie Sanders. According to a recent CBS News poll, she has 73 percent of the support from black voters.

She also has a strong footing in her endorsements from African American community leaders. Clinton garnered one such endorsement from the Congressional Black Caucus PAC just last week. A nod from them, with their approval wrapped up in talks of Clinton's record on racial issues, is an important one for the former secretary of state and her team. Likewise, she has received an endorsement from Eric Garner's mother Gwen Carr, whose son's death served as rallying cry around the issue of police brutality after he was killed by an officer in 2014. In her official endorsement, Carr stated:

Along with too many others, Eric's death has forced our country to confront the effects of police brutality. We've got to do something about the violence in our communities — especially gun violence — and the racial and economic injustice that's connected to it. Hillary seems to be the only candidate right now who's talking about how we can be strategic in trying to solve this problem. That's why I'm endorsing her for president.

These endorsements, however, do not equal a consensus. Sanders has also caught the attention and support from several prominent black figures, including Eric Garner's own sister. Sanders also has endorsements from several African American writers as well as members of the Black Lives Matter movement. He also was personally endorsed by several members of the CBC PAC in contrast to their group appraisal of Clinton.

Clinton's lead among black voters, therefore, does not stand on unshakable ground. If she's to maintain her support, she has to show the black electorate that she's the best candidate for the job on a breadth of issues. So though she is winning South Carolina now, there is always the chance that the primary will be another repeat of her loss in 2008.