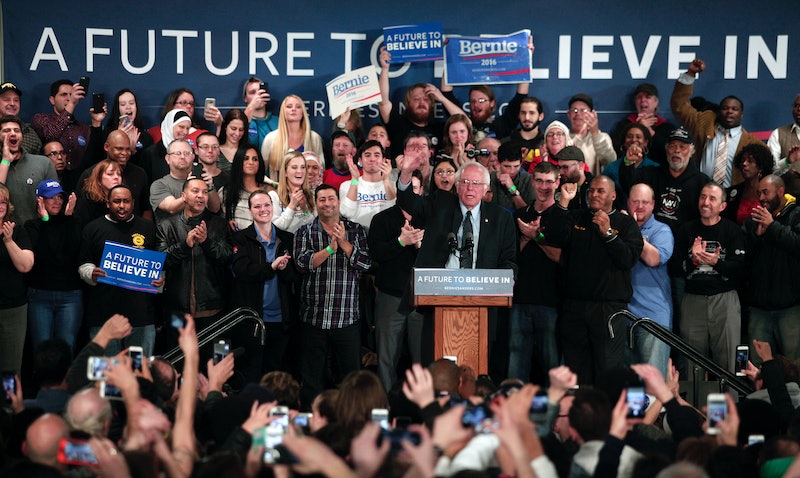 In America, political parties select their presidential candidates via the delegate system, an annoyingly complex process that probably no one fully understands. Nevertheless, you’ll be hearing a lot about delegates over the next few months, so let’s clear up some basic questions about the system. First up: How many delegates are there in 2016?

It’s different from party to party. The Democrats will have a total of 4,763 delegates at their national convention, while the Republican Party will only have 2,472. The threshold for victory is different, too. A Democratic candidate needs to win 2,382 delegates, while a Republican must win 1,237 in order to clinch the party’s nomination.

Practically speaking, the difference between the two parties’ total delegate numbers is basically meaningless, because regardless of which party you’re in, you’ve got to win more than 50 percent of the total delegates at play in order to get the nomination. Furthermore, the states are weighed equally across the two parties — which means that California is just about equally valuable in the Democratic primary as it is in the GOP primary.

Lastly, the total number of delegates often changes slightly over time, because people can lose or gain superdelegate status in the midst of a primary. For example, if a Democrat wins a special election or a Democratic governor resigns, the total number of superdelegates will tick up or down. In general, though, these changes are trivial and don’t affect the outcome of the primary.

So that’s the short answer to the question of how many delegates there are. If you’d like the long version, feel free to read each party’s official delegate selection rules. You probably don’t want to do that, though. The GOP manual for delegate selection is 40 pages long, and the Democrats’ is 165, so it’s probably easier to actually become a delegate than to figure out how the system works.