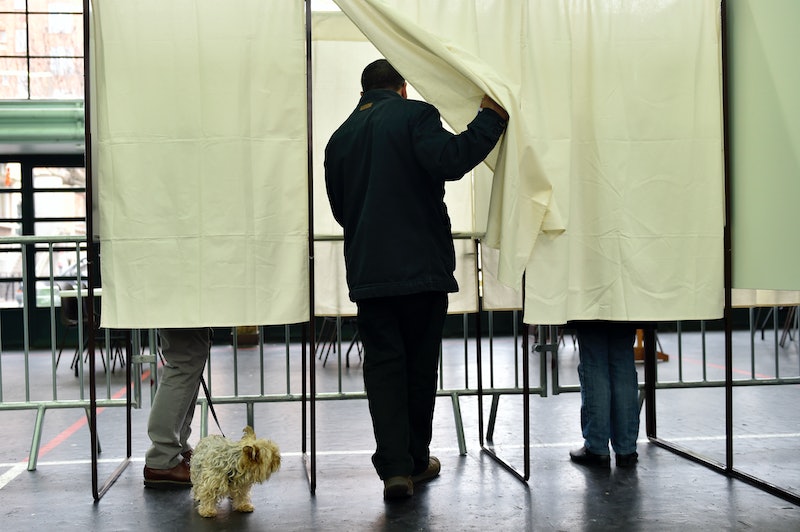 South Carolina voters will have a chance to cast their ballot for their state's primary election during the following two weekends, with Republicans voting on Feb. 20 and Democrats on Feb. 27. The voting falls on a Saturday, coming in stark contrast to the all-important Super Tuesday in early March. Though it may seem irrelevant as to what day of the week voting falls on, the timing of the South Carolina polls themselves is also very much a political act.

The Palmetto State will hold its primary election from 7:00 a.m. to 7:00 p.m. on both Saturdays. The hours in which voters will be able to participate in the primary are fairly standard, with most states having a similar 12-hour window. They key difference in this state's voting is that it lands on a weekend, and though it may appear obvious that holding an election on a Saturday would cut down on busy work and school scheduling, the debate surrounding the election's timing (and consequently, electorates' access to voting) is a highly contested one year after year.

Why vote on a Tuesday at all? The answer (as it seems with many of America's potentially outdated systems) lies all the way back with a law made in 1845. This law required that all federal elections take place on a Tuesday, so as to make time for voters' long travels between Sunday (the Sabbath) and Wednesday (market day). The law has largely stuck with American voters to this day.

Advocates for increasing voter turnout argue that placing elections on a Tuesday make voting particularly complicated for voters who are low-income, working, or students. Many believe that moving elections to a weekend ultimately helps all voters. Indeed, it seems that voters with the highest incomes are the ones most likely able to skip out on work or rush over to a voting booth on a Tuesday. Based on the 2010 Census Bureau, people from families with combined incomes of more than $100,000 were twice as likely to vote than households with a $20,000 income.

Republicans have pushed for maintaining the Tuesday date, and even President Obama has been hesitant to discuss switching voting over to a weekend. During an August 2015 press briefing, Obama's White House press secretary said that while the president was open to increasing access to voting through other means, he was not willing to move elections to a weekend.

So by having their election on this controversial weekend, South Carolina helps send a message about fair access to voting. Americans can look to the Palmetto State, which consistently has greater voter turnout, as an example of what weekend voting can do for an election.