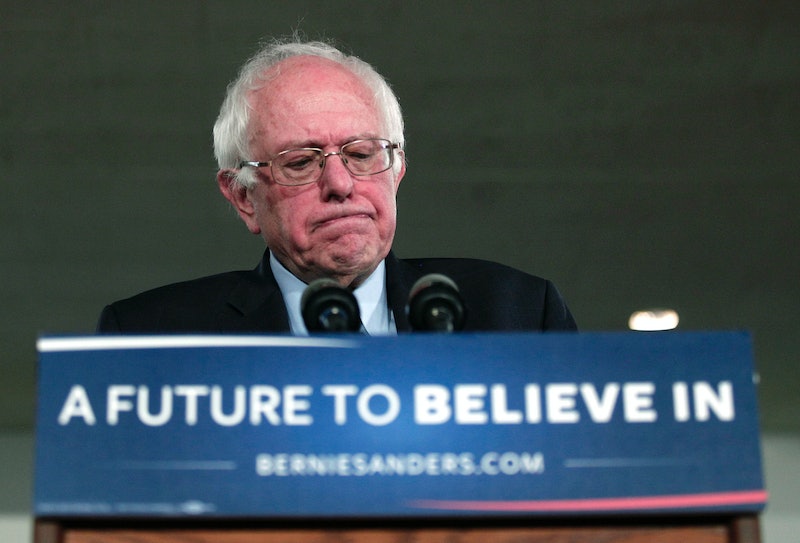 If the most recent polls hold steady, Democratic presidential candidate Bernie Sanders will have a hard time winning South Carolina's primary on Feb. 27. But even if he makes up a lot of ground, South Carolina's six superdelegates could still cause Sanders to come up short in the race to the nomination. Opponent and one-time front-runner Hillary Clinton has secured the support of half of them before the vote has even begun.

But, wait, what is a superdelegate you ask? And why do they get a say in who the nominee is? Those are good questions. To understand better, take what happened in New Hampshire: The state-by-state primaries and caucuses decide how many delegates each candidate receives at the party convention, where the candidate is ultimately chosen. Sanders won the state with about 60 percent of the vote. That means he got 15 delegates and Clinton got nine.

That's simple enough, but then there are superdelegates who don't have to follow the vote. They're Democratic party leaders, office holders, or even retired politicians that have been deemed worthy of a vote in the nomination contest. In New Hampshire, there were eight superdelegates at play. Six of them have pledged to support Clinton, which brings her total number of delegates up to 15 in New Hampshire, the same as Sanders. The national totals show her huge advantage.

Why does the DNC do this? To rig the system to benefit insiders and party elites who are up against outsider candidates. That sounds like an outlandish claim, but that's what the DNC party chair Debbie Wasserman said. "Unpledged delegates exist really to make sure that party leaders and elected officials don’t have to be in a position where they are running against grassroots activists," Wasserman told CNN's Jake Tapper. Wasserman co-chaired Clinton's '08 campaign.

Looking at South Carolina, there are 53 delegates that will be apportioned between the two based on the primary results. The majority, 35, will be apportioned based on how the candidates do in each of the state's seven congressional districts. Then 18 will be assigned proportionally based on the statewide vote. Then there are the six superdelegates, of which three are pledged to Clinton.

That means the delegates are stacked against Sanders. Clinton did better in most of rural Iowa than he did, so she could win more congressional districts. That will likely benefit Clinton at Sanders' expense. Then there's the three superdelegates which could add to the difference. Even if he were to tie her, or even win by a small margin, she could win a majority of the delegates in the state.

Many Sanders supporters are pushing for superdelegates to stay undecided until votes are counted and others are lobbying them on his behalf. Even if they get the other three superdelegates into the Sanders' camp, they'll have a hard time winning South Carolina.