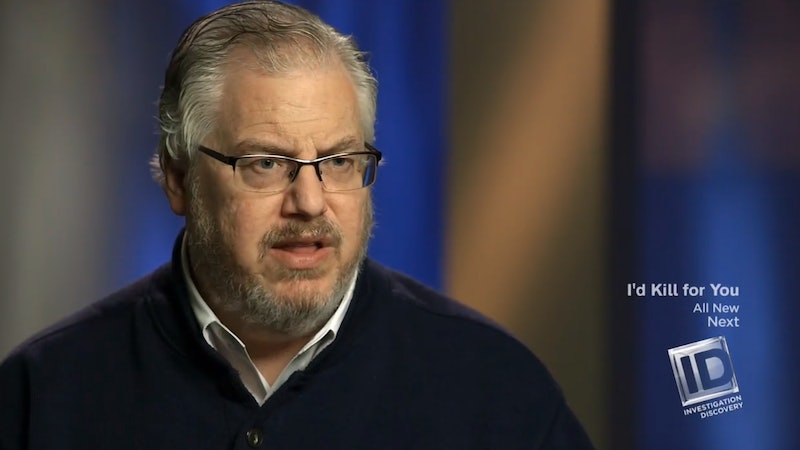 If you've watched Making a Murderer, there's at least one prominent voice in the "Steven Avery is guilty" you probably remember — former Calumet County district attorney and lead prosecutor Ken Kratz. He's been the subject of heavy scrutiny ever since the series was released in December, both for his tactics in prosecuting Avery, and a sexting scandal that derailed his career. And now, the internet is aflame with rumors: did Ken Kratz close his law firm?

Here's the simple answer: nope. According to the man himself, the Kratz Law Firm is still open for business. According to Alison Dirr of the The Post-Crescent, Kratz has reached out to confirm that no, he hasn't closed up shop, although that's not the impression you'd get judging from his firm's Google search results. When you type in "Kratz law firm," you're met with a sidebar that proclaims the business "permanently closed."

One of the first search results, of course, is his firm's Yelp page, complete with a dismal one-star rating. Since Kratz's role in the Avery and Dassey convictions, his firm's page has been flooded with abysmal reviews and scores — Yelp even warns you before viewing it that the poor marks may have to do with the news, rather than legitimate complaints from his clients.

His firm's website also appears to be down, further fueling speculation that the oft-criticized former DA was bowing out of the business. However, Kratz reportedly told The Post-Crescent that his firm is still open, and what he precisely said kind of tells the tale — he stated that while his website is temporarily down, "a new one will be developed when things settle down."

If you're curious what Kratz precisely means by "when things settle down," just a cursory glance through the reviews that have inundated his firm since Making a Murderer was released will answer your question. There's no denying that countless people have grown to really, really hate Kratz, thanks both to his portrayal in the documentary, as well as the unethical conduct that got his law license suspended for four months in 2014. At the time, he reported himself to the state Office of Lawyer Regulation, and ultimately pleaded no contest to six misconduct charges.

Fair-minded people can disagree about whether Kratz deserves as much criticism as he's received, or whether the tone and content of those criticisms has been fair. Not in the most extreme cases, to be clear — he's received death and rape threats, for example, and that's as completely reprehensible and unforgivable as it gets. But regardless, even if you think his actions absolutely merit people mocking, deriding, and condemning him all over his firm's online profiles, you can hardly blame him for hoping things will cool down if he backs out of the limelight for a while.

More like this
What Is 'Pretty Wild' Star Tess Taylor Up To Now?
By Morgan Leigh Davies
Where Is Armie Hammer’s Ex-Wife Elizabeth Chambers Now After 'House Of Hammer'?
By Grace Wehniainen and Radhika Menon
After The Bling Ring, Nick Prugo Was Embroiled In Another Scandal
By Arya Roshanian
Chris Kaba's Family Continue Fight For Justice After Viewing Police Bodycam Footage
By Sophie McEvoy
Get Even More From Bustle — Sign Up For The Newsletter