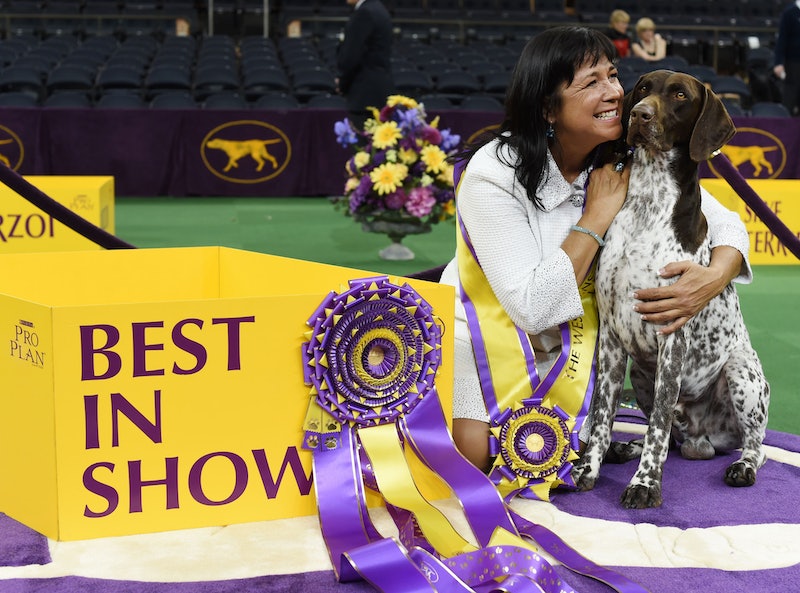 German Shorthaired Pointer California Journey won Best in Show at the 140th Westminster Dog Show Tuesday. Better known as CJ, the 3-year-old male trotted and pranced to sway the judge's hearts, marking the third time his breed has garnered top honors. Among others, CJ beat out Lucy the Borzoi, who ultimately won Reserved Best in Show (the second-place rpize), and Charlie, a Skye terrier who was the 2015 National Dog Show champion.

CJ hails from Temecula, California and is owned by Valerie Nunes-Atlinson, who said her dog always had "that something extra" even when he was a little pup, according to NPR. The dog's grandmother Carlee also won the title of Best in Show back in 2005.

Nearly 3,000 dogs competed in the annual event, which was held at Madison Square Garden in New York City. The Westminster Dog Show, which began in 1877, is the second oldest and longest continuously running sporting event in the States. Last year's winner was Miss P, a quietly divalicious Beagle that surprised many, given that her breed has rarely produced champions.

Tuesday saw a new dog in charge, though. Though CJ and his owner don't win any cash prizes, he'll forever belong in the upper echelons of breeding rights as this year's top dog. Congrats CJ!