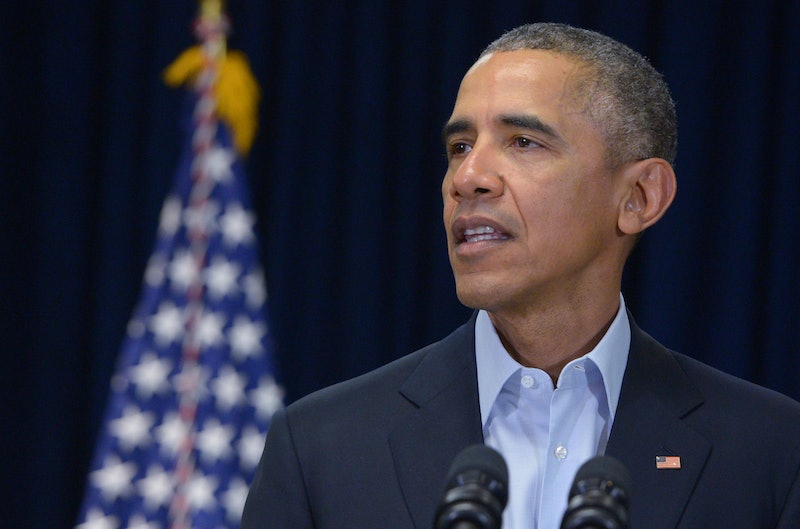 At a press conference on Tuesday, President Obama couldn't avoid a slew of questions related to the Supreme Court Associate Justice vacancy that has emerged following Antonin Scalia's death on Saturday. During the Q&A, the president made clear that he would nominate someone who "indisputably is qualified for the seat" and should find support from both sides of the aisle for just that reason. One of the names appearing in the conversations on potential replacements who would find friends in both parties is Sri Srinivasan, but worth noting is whether the president himself would be in favor of putting Srinivasan's credentials to a Senate vote. Do Obama and Sri Srinivasan have a history? It certainly looks like the president has been grooming the judge for a SCOTUS appointment for years.

If Obama was to make the move and formally nominate Srinivasan as the late Scalia's replacement in the coming weeks, it would not actually be the first time the president has named the Indian American for a judicial appointment. Obama nominated Srinivasan for the judge's current seat on the U.S. Court of Appeals for the District of Columbia Circuit. And in May 2013, the Senate voted unanimously to confirm Srinivasan's nomination and offer him a seat on the nation's second most powerful court.

Also under Obama's leadership was the appointment of Srinivasan to his job prior to joining the D.C. appeals court. In August 2011, Srinivasan became the Principal Deputy Solicitor General of the United States within the Department of Justice; the Solicitor General's office comprises the folks who represent the U.S. government before the Supreme Court when there are cases involving the federal government.

Srinivasan, then, has been inching closer to a SCOTUS seat with each promotion, and Obama has been the man to make it happen in both cases. (There's no evidence that the president also wrote the Chandigarh native's letter of recommendation for his clerkship applications to Judge J. Harvie Wilkinson III or SCOTUS Associate Justice Sandra Day O'Connor, but the possibility is real.)

Though the president and Srinivasan don't appear to be part of the same squad just yet, Obama has openly commended the judge, making reference to Srinivasan's being the first circuit court judge in America of South Asian descent. "Sri is a trailblazer who personifies the best of America," Obama said, following Srinivasan's 2013 appointment.

Srinivasan would snag the same "first" award if a SCOTUS nomination goes through, but a unanimous Senate vote may not be so easy this time around.