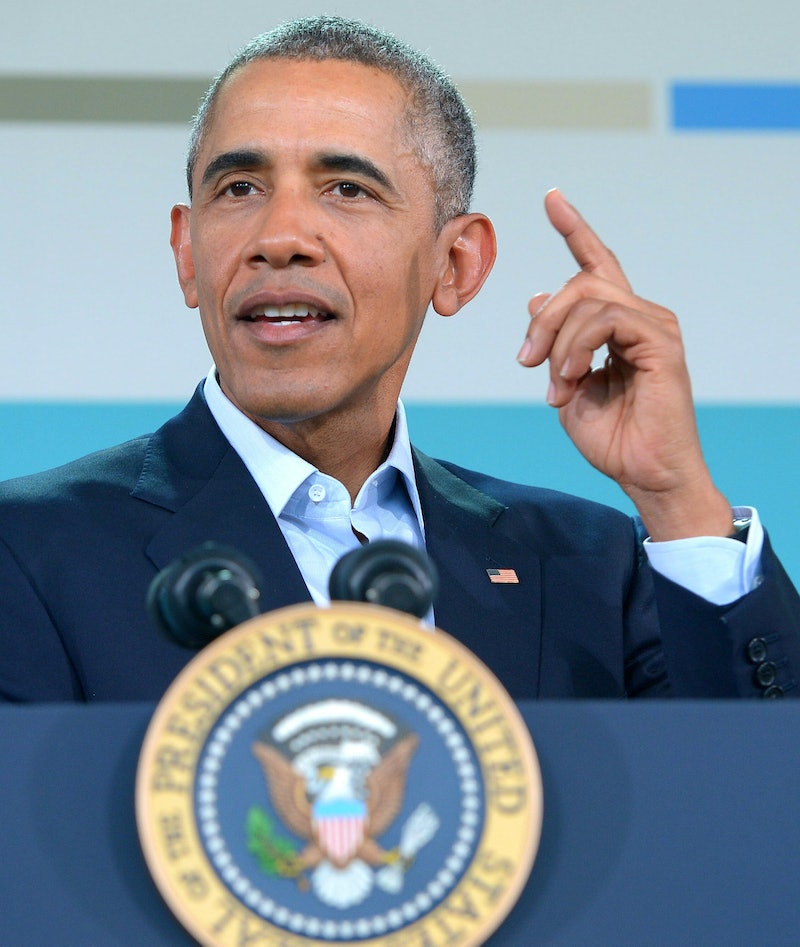 President Obama said he didn't want to speculate on the 2016 election, but there is one bet he's willing to make: Obama does not think Donald Trump will be president. He said so in no uncertain terms Tuesday after a summit for Southeast Asian nations in California. The message directed at the Donald was pretty rough — if totally true. One, the job is not easy — reality TV cannot prepare you. And two, Americans are too "sensible" to elect someone like him.

I continue to believe Mr. Trump will not be president. And the reason is that I have a lot of faith in the American people. And I think they recognize being president is a serious job. It's not hosting a talk show, or a reality show. ... It's not promotion, it's not marketing. It's hard. And a lot of people count on us getting it right.

It's nice that Obama has faith in the American electorate, but the Iowa GOP caucus and New Hampshire primary results do cause for some alarm. The reality show star turned angry outsider running for president does know how to connect with a certain subset of Americans.

But Obama's not worried. "The American people are pretty sensible, and I think they'll make a sensible choice in the end," he told the gathered reporters. He said it's natural for people to vent during primaries, calling the news coverage of the Trump campaign entertainment. "But as you get closer, reality has a way of intruding, and these are the folks who I have faith in," Obama said.

His jabs did not end there. Obama said that while president, it's not possible to follow the news cycle, always "pandering" in a never-ending attempt to gain notoriety and news coverage. "Sometimes, [being president] requires you making hard decisions even when people don't like it, and doing things that are unpopular, and standing up for people who don't have some powerful political constituency," Obama said.

He also added that whoever succeeds him would have to know things about foreign policy: even the basic stuff like the names of foreign leaders, some basic history, facts, and where other countries are on a map. Trump has made basic mistakes like placing Paris in Germany — his track record is not impressive.

Then Obama went on to paint a pretty scary picture of a Trump presidency:

Whoever's standing where I'm standing right now has the nuclear codes with them, and can order 21-year-olds into a firefight, and [has] to make sure that the banking system doesn't collapse, and is often responsible for not just the United States of America, but 20 other countries that are having big problems, or are falling apart and are gonna be looking for us to do something.

Trump — of course — responded. He said he took Obama's jabs as a "compliment" because, as Trump said speaking at a South Carolina campaign event, "He has done such a lousy job as president."

The best solution? Clinton or Sanders winning in November.