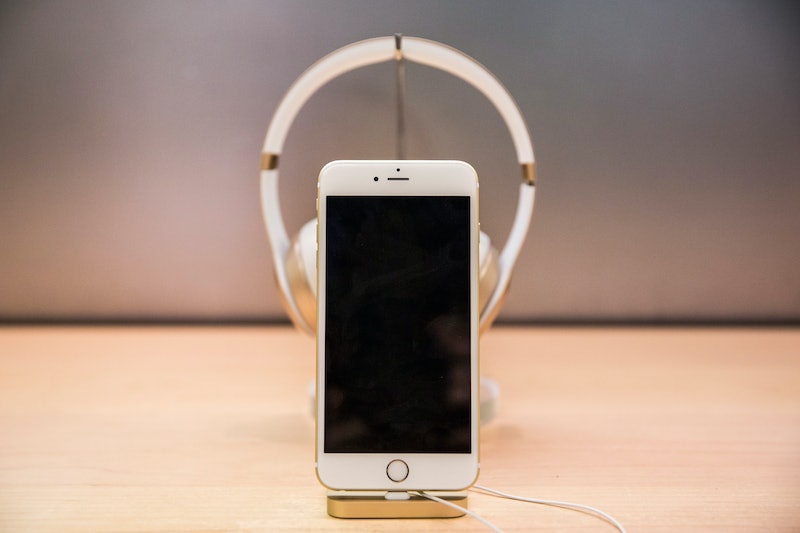 After a federal district court judge ordered Apple to override the security encryption on Syed Rizwan Farook's iPhone 5C, Apple CEO Tim Cook issued a statement saying the tech giant would fight the ruling. The Apple encryption that Cook wants so badly to protect is the security feature that keeps the contents of every iPhone safe from hackers, the government, and even Apple itself — so you can see why Cook might be against overriding it.

Essentially, encryption is the process of encoding information so that only those authorized can access it. To simplify how this works, a random key is generated for every iPhone and used to encrypt the device's whole disk. The key is then also encrypted, linked only to that iPhone, so no one except the owner (or someone with the owner's passcode) can get into the device.

Apple and Google both incorporated full-disk encryption into their phones in 2014, meaning most smartphones today can't be unlocked by the companies that created them. Smartphones were designed with such strict security features because people store a lot of personal information on their phones — from their photos and e-mails to their bank accounts — that would be dangerous in the hands of hackers.

Stolen iPhones can still be jailbroken, which is different than accessing a phone's data. Jailbroken iPhones are wiped clean, removing all existing data, along with the encryption designed to protect it. So, when iPhones are stolen and used by another person, the previous owner's information is not at risk.

While full-disk encryption improves security for customers, it makes it impossible for the police and investigators to see potentially crucial information on suspects' and criminals' phones, which is the issue at hand. The Justice Department obtained a search warrant for Farook's iPhone, but couldn't access the device's data. Apple refused to unlock the phone because that would require creating a version of iOS that could circumvent the encryption, establishing a "backdoor" to all iPhones, the company said.

"And while the government may argue that its use would be limited to this case, there is no way to guarantee such control," Cook added in a statement released Tuesday. Apple is concerned that the technology would be used outside the FBI, jeopardizing all its customer's security. "In the wrong hands, this software — which does not exist today — would have the potential to unlock any iPhone in someone's physical possession," Cook wrote.

Apple plans to appeal the court order and attempt to prevent what it believes would be a dangerous precedent for technology security.

More like this
20 Smart Devices Under $35 That’ll Change The Entire Vibe Of Your Home
By Emma Carey
Here's How To Get Your iPhone To Update Automatically Forever
By Emma Carey
Why Everyone Is "Soft Tagging" Friends On Instagram Right Now
By Alexis Morillo
30 Clever Ways To Slide Into Your Crush's DMs
By Griffin Wynne, Carolyn Steber and Lexi Inks
Get Even More From Bustle — Sign Up For The Newsletter