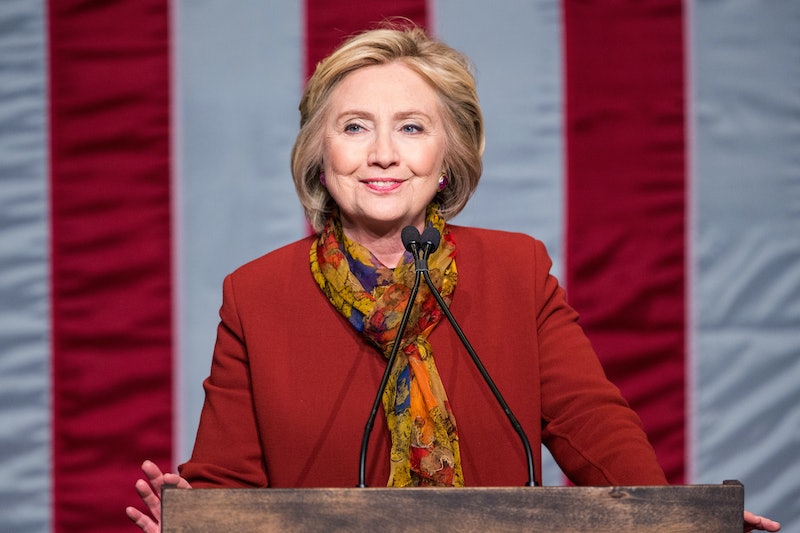 The South Carolina Democratic primary is approaching soon, and things aren't looking great for Bernie Sanders in the Palmetto State. CNN released new South Carolina Democratic polling numbers on Monday which show some very interesting results. Hillary Clinton leads African American support, with 65 percent to Sanders' 28 percent, women's votes, with 60 percent to Sanders' 30 percent, and men's support by 49 to 45. The only key demographic in which Sanders leads is whites, which currently stands at 54 percent for Sanders and 40 for Clinton.

The truly surprising thing about these polling numbers is the vast disparity in African American voters. Clinton's dominating lead in black votes seems unexpected when taken out of context. In the mainstream media, Sanders has often been portrayed as the black voter's candidate — his outspoken commitment to criminal justice reform, and his meeting with Sandra Bland's mother earned him an early reputation as a candidate with black concerns in mind. Yet Sanders has not benefited from a political dynasty the way Clinton has during this election cycle.

Clinton's support from black voters can be traced back to her husband's campaign for president in the early 1990s. Acclaimed author Toni Morrison declared Bill Clinton "the first black President," and that feeling has stuck with voters ever since. Now, Hillary is profiting from the commitment from black voters that she and her husband fought to secure during the 1992 election.

South Carolina's demographics play directly to Hillary's strengths too. Across the country, there is a fairly defined age gap in Democratic support — Sanders appeals to younger voters, while Clinton wins over the older ones, especially older women. In South Carolina, there are more than 100,000 more African American women than men of voting age, and that group skews older. It's a recipe that's made South Carolina a perfect state for Clinton demographic-wise, and adds context to these latest numbers.

Clinton will most likely keep her advantage through the primary on Feb. 27, but it's not for Sanders' lack of trying. His campaign has opened more than a dozen offices throughout the state in the last several weeks, outpacing Clinton's two offices in Columbia and Charleston. “[Donald] Trump lost Iowa because his campaign didn’t have infrastructure and Ted Cruz did. That’s what gets people to the polls," a South Carolina political consultant told MSNBC. "And Hillary is the very person who should know about infrastructure, because that’s how she lost to Obama in 2008 in the first place."

It seems unlikely that Sanders' ground game, however strong it may be, could combat 25 years of political support from black voters. This new polling data shows a seemingly insurmountable statistics gap. However, Sanders is determined to fight back against these numbers until the ballot boxes close next Saturday, and there may be serious opening for him to gain ground before voters punch their cards.