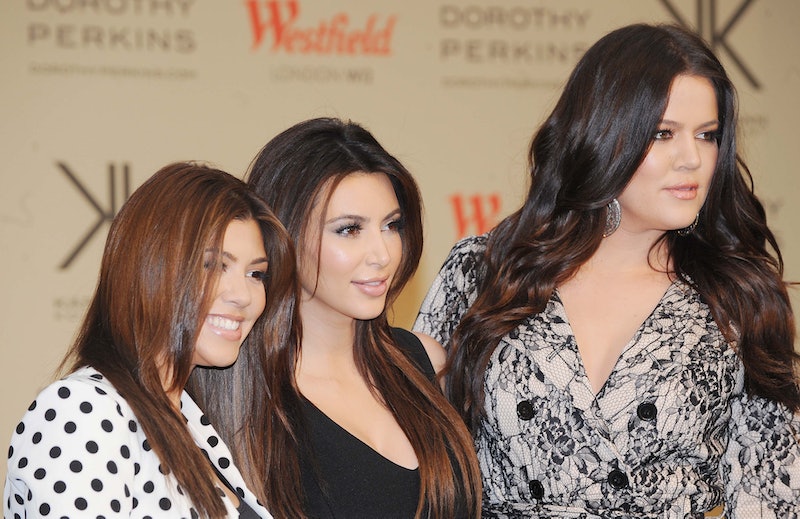 The world has learned to abide by one golden rule: If you want to generate hype, insert a Kardashian into the mix. FX's American Crime Story: The People vs. O.J. Simpson has done just that — but this time, it's for the sake of historical recreation. Robert Kardashian's kids had pretty eventful childhoods, partially thanks to the murder trial of one of his closest friends. And based on their ages at the time, it's reasonable to think that the Kardashians would remember defining moments from the O.J. case, from the funeral of Nicole Brown Simpson to the famous white Bronco car chase. As if it weren't already obvious, the Kardashians had been primed for a life of fame at a young age.

Back in the 1990s, patriarch Robert Kardashian was part of family friend O.J. Simpson's defense team during his infamous trial. In the series, the involvement of the young Kardashian clan in one of the most divisive murder trials in American history piles on the drama tenfold. From the first episode onward, the show sneaks in snippets of the Kardashian children, who were all young when the trial took place.

In 1994, when Simpson was arrested, Kourtney was 15 years old, Kim was almost 14, Khloe was 10, and Robert was seven. Each is played by a child actor in the television series. By the time the trial rolled around, mother Kris was with Bruce Jenner (now Caitlyn Jenner), and baby Kendall was on the way.

We first hear mention of the Kardashian children in the series when Kris scolds a rowdy Kourtney and Khloe for goofing off during Nicole Brown's funeral. In the third episode, Robert takes them out to breakfast and instructs them on the value of integrity over fame.

TMZ claims that the Kardashian children definitely remember the case, but according to an E! News source, the family had reservations about the child actors' portrayal of the children in one scene in particular. During the second episode, the four siblings are shown in the living room during the Bronco chase, cheering with excitement as they watch their father read a letter from Simpson aloud on TV.

The family insists to both E! News and TMZ that such cheering never happened. Apparently, Kim tuned into the series and called the scene "ridiculous."

In a March 2009 episode of none other than Dr. Phil, the Kardashians opened up about how they felt during the case. In one segment, Kim spoke about how she and her brother and sisters were confused as to whether they should take their mother or father's side. Robert defended Simpson in court and is partly responsible for his not-guilty verdict. At the other extreme, Kris believed that Simpson had murdered Nicole, his ex-wife and one of her best friends.

We felt like we were really in the middle of this trial, and we didn't know which parent to side with. The trial was on every single day, and I remember one time going to the courthouse, and Kourtney and I went with my dad, and my mom's sitting across with Nicole Brown's family, and we thought our mom would be mad at us for sitting with our dad.

Kim went on to call the case the biggest struggle within their family, and admits that she still blocks it out of her mind today. In essence, the O.J. case revealed to them what a life of celebrity would be like. At the same time, it did damage to their family by dividing their parents. It's unlikely that any child could forget that.