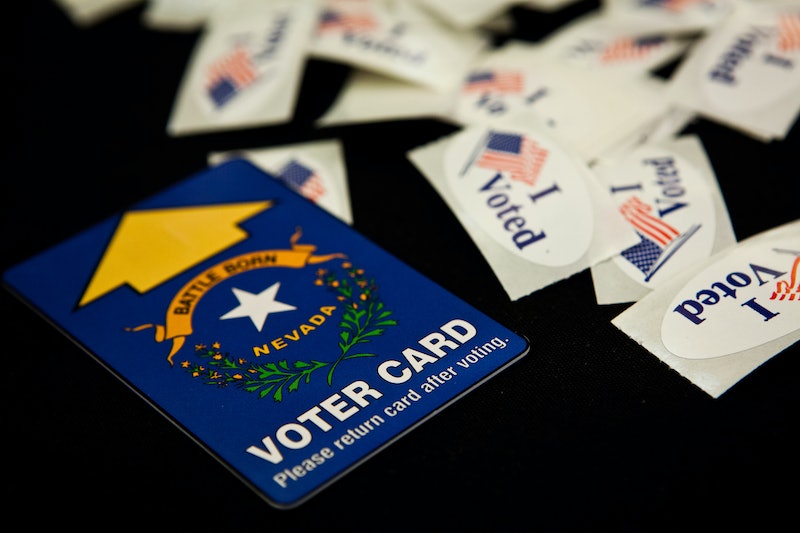 In the coming week, Democrats and Republicans in Nevada will caucus for the presidential candidate of their choice in two separate votes — first the Democrats on Saturday, followed by Republicans on Tuesday. While Nevada isn't a crucial state for presidential hopefuls, it still has a decent amount of delegates to dole out. The number of superdelegates in Nevada is equally important, as these representatives can give their vote to the candidate of their choice.

The Democratic National Committee (DNC) designated 43 total delegates for the state's Democratic caucus this year. Of those, 35 are normal delegates, who will be divided between Hillary Clinton and Bernie Sanders based on what proportion of the state's voters caucus for them. The remaining eight are superdelegates — current or former party leaders or elected officials who will cast an individual vote at the convention in July. Clinton locked down the support of a large portion of the nation's superdelegates early on, and three of Nevada's eight have already pledged to help nominate the former secretary of state. Sanders, on the other hand, has the support of one Nevada superdelegate so far, leaving four up for grabs heading into the caucus.

The state's eight Democratic superdelegates make up only a fraction of the overall number for the party — there are more than 700. Out of those, 394 have pledged their support to Clinton, giving her a substantial lead over Sanders before the primaries even began.

As for the Republicans, the remaining six candidates will compete for 30 delegates in Nevada. Just like in the Democratic caucus, they will be divided proportionally based on the vote. Superdelegates work differently within the GOP, and three members of each state’s national party are the only people who can have this title. They also can't vote for whichever candidate they prefer — as of 2015, Republican superdelegates must cast a ballot for the candidate who wins in their state. So they aren't really superdelegates based on the usual definition.

The RNC has 168 automatic delegates in 2016, as Washington D.C. and U.S. territories also get three each. Because of the relatively small number, along with their lack of choice in whom to vote for, Republican superdelegates now hold much less power in selecting a nominee than those on the Democratic side.

Heading into the Nevada caucuses, Clinton has a slight lead over Sanders, with 48 percent of likely voters supporting her and 47 percent leaning toward the Vermont senator in a recent CNN/ORC International poll. The same poll placed Trump ahead of the rest of the GOP candidates, racking up 45 percent of Republican voters' support.

In a week, the nation will know which candidates can claim Nevada's normal delegates. However, the votes of the unpledged Democratic superdelegates could remain a mystery until the convention.