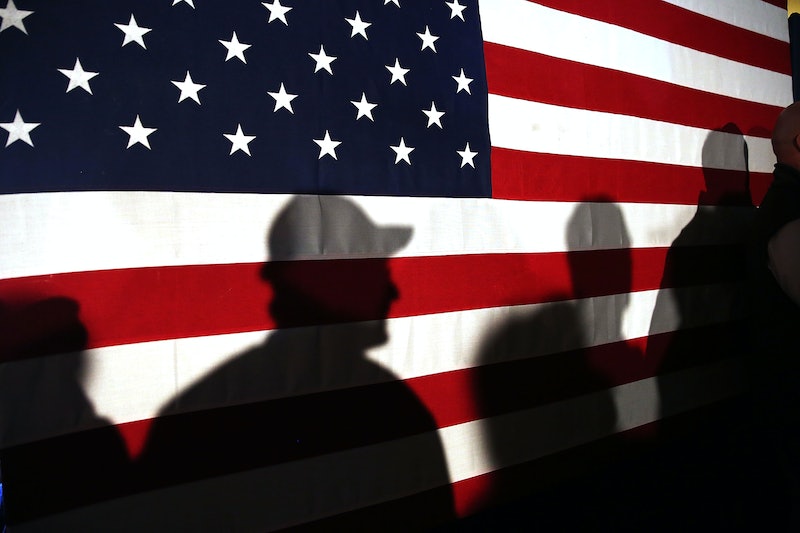 It won't be long now, and the tension is ratcheting up: The South Carolina primaries are right around the corner, and their outcome will tell us a lot about how the rest of the presidential race is going to unfold. With Hillary Clinton up big for the Democrats, an unbelievable Sanders upset could fundamentally change the race, or even a less-than-stellar margin of victory could spell trouble. And for the GOP, well, it's all about how Trump fares against the field. But then what? What comes after the South Carolina primaries?

Well, first things first, it depends which party you're talking about. Although the Iowa caucuses and New Hampshire primaries all went down on the same day for both sides, the voters of the Palmetto State will go to the polls on separate days ― Feb. 20 for the Republicans and Feb. 27 for the Democrats.

In other words, the answer to "what comes next?" all depends on your political allegiances. If you're going to be voting in the Republican primary, then the next voting day on the schedule would be the Nevada caucuses, which will take place on Feb. 23. On the Democratic side, however, Nevada will be over and done with by then ― they'll be holding the Nevada caucuses on the Feb. 20, the same day the GOP goes to vote in South Carolina.

But after the Democrats catch up with their Palmetto State primary on Feb. 27, then things get back on-track in a big way. That's because March 1 is Super Tuesday, that most venerated date on the primary season calendar. Just two days after the Democrats resolve their race in South Carolina, a whopping 12 states will cast votes. Here's the list, as detailed by The New York Times:

In electoral terms, it's the most jam-packed day of 2016. And it even extends beyond America's continental borders, with delegates from the U.S. territory of American Samoa on the line too.

On the Republican side of things, Super Tuesday could end up being slightly perfunctory, in the event that Donald Trump fulfills what the polls are suggesting he will and wins big in South Carolina, and especially unless at least one, or maybe even two of his Republican rivals drop out by then so their supporters can vote for some other Trump alternative (or Trumpternative, if you will). Ben Carson, Jeb Bush, looking at you, guys.

But on the other side, it figures to be a genuine day of reckoning ― with Sanders and Clinton running aggressively and the momentum of the race apparently trending in Sanders' favor, you'll probably wake up on Wednesday, March 2 knowing a lot more about who's going to win the Democratic nomination, and whose hopes have been dashed. It's almost too much excitement to bear, isn't it?