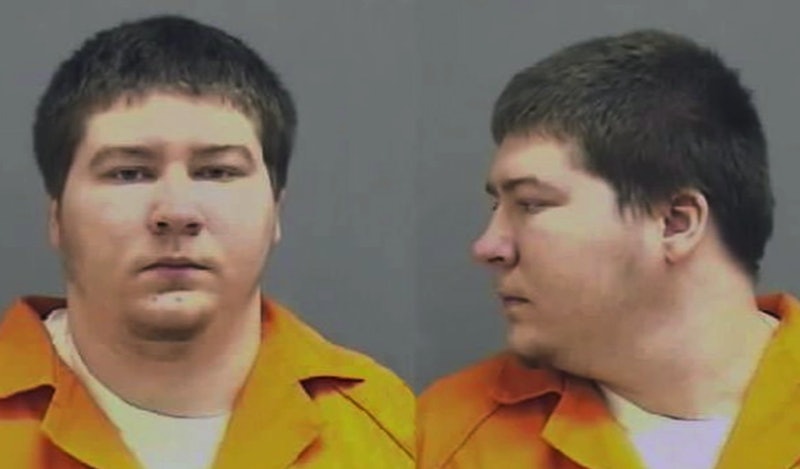 Sending a message through his brother, Brendan Dassey thanked fans of the Netflix docuseries Making A Murderer who have sent him messages — with a special thank-you to the many supporters who have sent money to his prison commissary fund. In an exclusive interview with Britain's Daily Mirror, Brendan's brother Brad spoke about Brendan's transition to a new prison and his upbeat spirits. "Brendan is actually happy at this new place, he said that he has more leniency on watching TV, taking showers, and movies and stuff," Brad said.

Last month Brendan was transferred to maximum security Columbia Correctional Institution. Brad, 32, a photographer in Wisconsin, said that Brendan sent a message to his supporters. "He thanks everyone from around the world for supporting him and donating to his commissary so he can get things," Brad told the site. "He's receiving tons of letters every week and he's writing people back. He apologizes if he can't get back to you right away; I mean, he is receiving a lot of letters."

Brad has sent along the well wishes of others himself, including them in letters that he sends his brother, as a way to keep Brendan's spirits up, he said. "People were just encouraging him and loving on him and telling him he will be free soon, just to hang in there. ... I just want to keep encouraging him and keeping him in good spirits, because it's definitely not fun being in jail and confined in a small space. It's absolutely horrible, it's a horrible way to live," Brad said in the interview.

Brendan has been in prison for nearly 10 years after being convicted of his role in the murder of Theresa Halbach, a 25-year-old photographer. He and his uncle, Steven Avery, were featured in the Netflix series that questioned the investigation by the Manitowoc County Sheriff's Department and the subsequent prosecution and conviction. (The department has described the docuseries as biased and as leaving out key evidence).

Brendan was removed from school in March 2006 — he was 16 at the time — and interrogated by police for hours without a parent or an attorney present. During the interrogation, he implicated himself, claiming he was told by Avery to rape Halbach and aid him in disposing of her body. Making a Murderer describes Dassey as learning disabled and unable to read above a fourth-grade level.

In his interview, Brad addresses the allegation of police coercion in Brendan's interrogation:

I think they took advantage of Brendan's cognitive behavior. You know, I think Brendan was a target because as everybody says his IQ level is pretty low, he doesn't comprehend right away like everybody else. I mean, coming from a brother that has attention deficit disorder myself, I don't understand things first hand right away either. And I don't think that there is anything wrong with that because, I think it just takes us a little bit longer to learn certain things, but once we learn them, we know them very well.

Meanwhile, the Manitowoc police department has adamantly insisted that the techniques used to interrogate Dassey were by the book.

Brad, who wrote a rap in support of his brother, said Brendan is confident he will now be released following the Netflix series. An appeal is pending. If it is not successful, he will first have a chance for parole in 2048. He would be 59 years old.