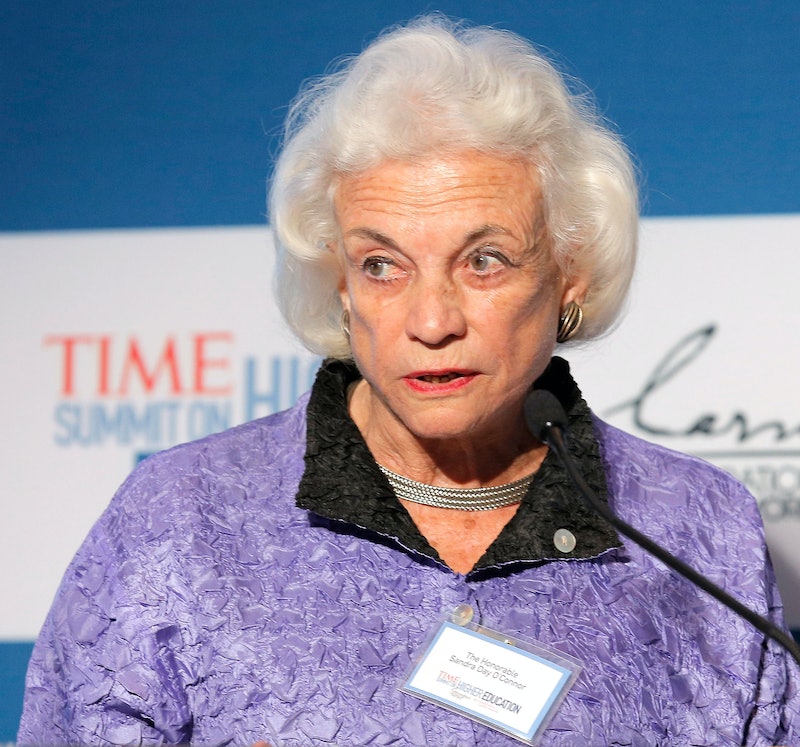 Leave it to the first woman to serve on the highest court in the land to put squawking politicians in their place. On Wednesday, former Supreme Court justice Sandra Day O'Connor slammed Senate Republicans over their threats to obstruct any replacement for Antonin Scalia. In an interview with KSAZ, Phoenix's Fox affiliate, O'Connor did not mince words when it came to disagreeing with Republicans automatically intending to block President Obama's nominee to replace Scalia, who passed away this past Saturday. When asked by reporter Troy Hayden about how she felt regarding the partisan controversy, O'Connor, who retired in 2006, simply said, "I don't agree. I think we need somebody there to do the job now, and let's get on with it."

Boom. Take it from an 85-year-old trailblazer to drop some knowledge and cut through the Beltway squabbling.

O'Connor did note in the interview that she wished the Supreme Court justice replacement process did not fall during an election year, saying, "It is unfortunate. That creates too much talk around the thing that isn't necessary." However, she stressed the spot needed to be filled, and that she had sympathy for the president. "I wish the president well as he makes choices and goes down that line. It's hard," she told Hayden.

O'Connor's comments are making waves, because to a certain extent, she is breaking ranks. O'Connor was appointed by Ronald Reagan in 1981 as a conservative addition to the Supreme Court, and is still largely considered to be right-leaning in her views. However, she appears to have no qualms disagreeing with some Republicans' plans to block nominees to the Court until the next president takes office — and that's not surprising, considering her tenure as a justice.

O'Connor may also be dismayed at seeing Scalia's passing devolve into a divisive partisan battle, especially considering her personal relationship with the justice. In response to the news of his death, O'Connor released a touching, highly reverential statement, referring to Scalia by a nickname:

Nino was a tireless public servant who left an indelible mark on the Court and on our jurisprudence. His gifts of wisdom, wit, and word-smithing were unparalleled, and he will be sorely missed.