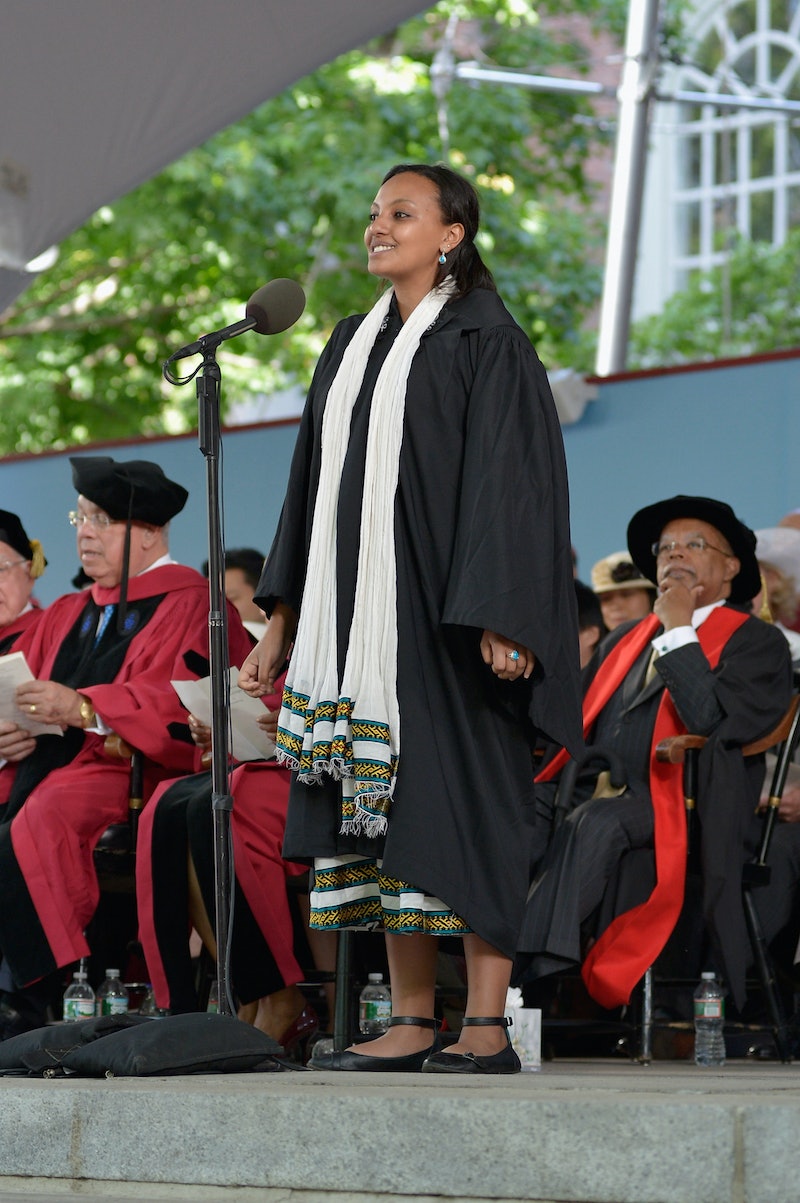 Women earn more than half of the Ph.Ds given by American universities and make up about 40 percent of faculty members overall, but they are far less likely to be quoted by journalists, according to Canadian researcher Shari Graydon.

Of course, women in academia aren't the only ones getting short shrift in the media. The 2013 report of the Women’s Media Center found that men in all fields were “far more likely” than women to be quoted in newspapers, television, and radio — even on topics on which you'd think we'd have the edge, like abortion, birth control, and women’s rights. (Women fare particularly poorly in politics coverage: Only 18 percent of sources quoted about the 2012 election on TV were female.)

According to journalists in Graydon’s study, though, they're not to blame that their sources are so skewed: They say the women they contact are much more likely than men to deflect their queries by insisting that they’re not qualified to comment.

“A male expert will rarely if ever say the words, ‘I’m not the best person’,” said Graydon. “Not because he always thinks that he is, but because he knows that he knows more than the majority of readers or listeners or viewers and, yes, he has a Ph.D, he has 10 years' experience in the field, and yes, of course he will comment.”

As much as I’d like to think this is just an excuse based on the old women-are-less confident cliché, my experience of asking academics how they would explain the under-representation of their female colleagues in the media suggested there's at least some truth to it.

Most tellingly, one woman I contacted for this article — who holds a PhD and teaches at an Ivy League university — told me she didn’t think she was qualified to be interviewed: “I don’t know if I am the right candidate for this theme,” she wrote in an email. “I think the other female academics you emailed have greater opportunities to be exposed (their work and their talents) to a public and academic arena.”

“I am fairly convinced that the 'I am not the best person' syndrome makes up at least part of the explanation,” said Oxford anthropologist Dr. Elizabeth Ewart. “It fits with the stats that show that women with identical qualifications to their male colleagues are less likely to apply for promotions.” Ewart also pointed out, though, that there might actually be fewer female experts: Although there are roughly equal numbers of male and female academics, “As you move up the hierarchy into upper-level academics, you might find that there are fewer women.”

Dr. Lisa Bendall, a Fellow of Aegean Prehistory at Oxford, suggested that women might be reluctant to talk to journalists because they have more constraints on their time — an unintended consequence of affirmative action measures meant to help them.

“The real reason I don't get involved in media more is simply time,” said Bendall. “I'd love to be more involved, but I have too much work.”

True of most academics, surely, but how does this relate to gender?

“There are interesting reports about women in academia being somewhat more burdened,” she explained. “Women get put on more committees since there should be equal representation, but if there are fewer women around then that means more work for those individuals sitting on committees.”

Another possibility is that gender problems start in the newsroom. According to the 2012 OpEd Project Byline Report, in 2012, men made up 63 percent of newsroom employees and wrote 80 percent of op-eds in traditional print media. But there just can't be bias there, right?