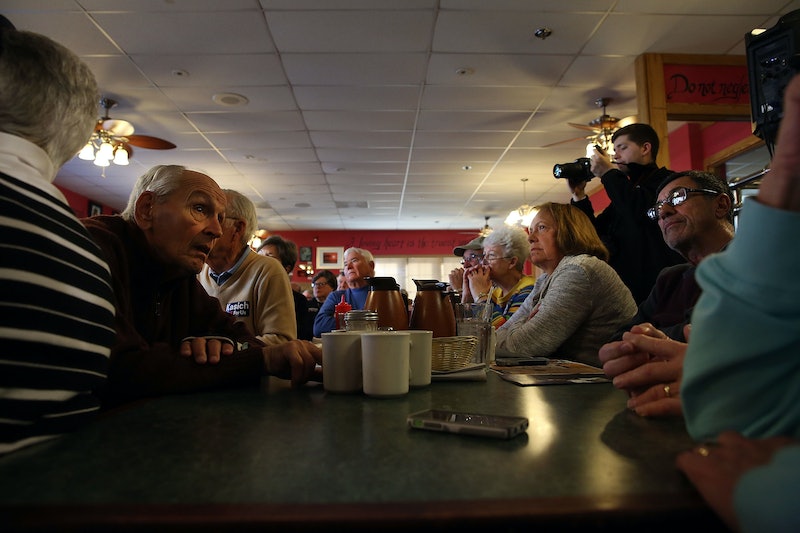 The Republican South Carolina Primary is set to take place on Saturday, Feb. 20. The "first in the South" event is an important one as the GOP draws closer to deciding on a presidential nominee. Fifty delegates are up for grabs in a primary that seriously sets the stage for the next Republican presidential pick. Since the early primary designation began in 1980, all but one candidate who has won in South Carolina has gone on to nab the nomination. Many voters in the Palmetto State and around the country will be watching to see what unfolds in South Carolina. What time will the South Carolina primary end?

Polling places will open throughout the state at 7 a.m. and won't close until 7 p.m. that night. Though there are over 2.7 million registered voters in South Carolina, it's unclear how many of them are registered Republican. Stats released by the South Carolina Republican Party indicate that there has been a steady uptick in voter turnout on the right since 1980. The inaugural "first in the South" primary saw 145,501 voters while 605,623 voters showed up for the 2012 primary. This primary will be especially interesting to watch given the many ways that voters are divided within the party. According to a recent CNN/ORC poll, front-runner Donald Trump is leading by 14 percent compared to fellow presidential hopeful Ted Cruz, who is in second place with 22 percent.

If Trump were to have as dominating of a performance as his showing at the New Hampshire Primary, the night's festivities may last far less long than what appears to be set to unfold in South Carolina until a front-runner has been established based on polling places reporting their results throughout the evening. Regarding the Democratic South Carolina Primary, which is set take place a week later on Saturday, Feb. 27, the contest appears to be far more clear cut than on the GOP side.

According to a recent Bloomberg Politics poll, front-runner Hillary Clinton is beating fellow candidate Bernie Sanders 53 percent to 31 percent in South Carolina. Those numbers could shift substantially following the Nevada Caucus, where the candidates appear locked in a dead heat. Polling places similarly open at 7 a.m. and close at 7 p.m. on the Democratic side as well. If Clinton maintains her lead by the time Democratic voters take to the polls, voters may get to call it an early night depending on her dominance. No matter how quickly the South Carolina Primary wraps up for either side, this event is definitely one to watch as the field narrows and it becomes increasingly more clear just who will nab the presidential nomination at the parties' national conventions to take place over the summer.