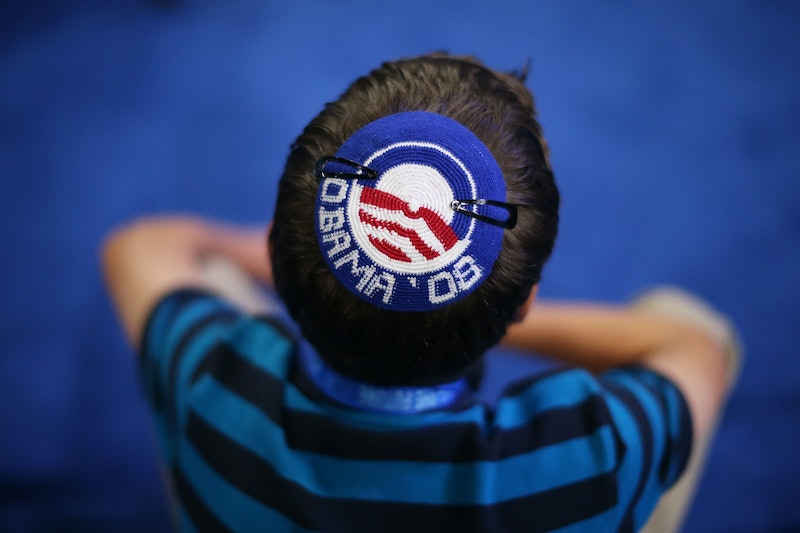 One imagines there are many potentially unkosher aspects to life in Sin City for a religiously-observant Jew. Between Las Vegas' famed strip clubs and all-you-can-eat buffets, there are ample opportunities to violate the traditional laws of Judaism, also known as "halacha." However, exercising a basic democratic right as a U.S. citizen isn't supposed to be one of those. On Saturday, Nevada's religious Democratic Jews face a caucus conflict. It's not whether to support Hillary Clinton or Bernie Sanders, but whether to vote or follow their religious beliefs.

Democrats scheduled the party's Nevada caucus for Saturday, Feb. 20 at 11 a.m. PT, which is smack in the middle of the Jewish Sabbath, also referred to as "Shabbat." In 2012, both Democrats and Republicans held their caucuses on a Saturday during the presidential election, creating a problem for the religiously-observant Jews, regardless of their party affiliation. This year, Nevada Republicans are holding the party's caucus on Tuesday, Feb. 23, meaning it avoids the Sabbath conflict altogether. But with no scheduled alternatives to Saturday's caucus, religiously-observant, Democratic Jews who want to participate in the first-in-the-west voting are in a (kosher) pickle. Nevada's members of the tribe who want to feel the Bern or go all in for Clinton may be out of luck — though, it could be Democrats who lose their shirt in the Saturday scheduling.

There is some concern that by scheduling the party's caucus on Shabbat, the Democratic party may have inadvertently offended Jewish voters — even Jews who are among the majority that are not religiously observant.

"We are dismayed to learn that no religious accommodation will be made for those Democratic caucus members who celebrate the Sabbath on Saturday and, therefore, are unable to participate in this key component of the election process. As an organization committed to safe-guarding religious freedom, we feel it is patently unfair to exclude someone from the caucus process because they are religiously observant. We urge the party leadership to reconsider this decision," Jolie Brislin, the Nevada regional director of the Anti-Defamation League, told the Huffington Post.

"I'm very disappointed for a host of reasons," Rabbi Bradley Tecktiel, who is chairman of the community relations council of the Jewish Federation of Las Vegas and the leader of the Midbar Kodesh Temple in Henderson, Nevada, tells Bustle. "What disappoints me the most is the [Democratic] party's reaction and response to the people in the Jewish community and to the people who have come to them to address the concern. They did not offer any attempt to make accommodations. There's very little sensitivity."

Tecktiel says that even among congregants who don't adhere to the Sabbath regulations and plan to caucus on Saturday, they "have expressed their discomfort with the fact that there is not an option for those who are Sabbath-observant."

For those Jews who do keep the Sabbath, there are a number of prohibitions regarding what they can and cannot do on Saturday (until sundown) that would make caucusing difficult, if not all out impossible. For example, religiously-observant Jews are forbidden from driving on the Sabbath, so simply getting to the caucus site could be unfeasible. They are also not permitted to write, so signing in would also be problematic.

Tecktiel declined to say whether the act of caucusing itself would technically violate Sabbath regulations because he, himself, had yet to participate in one. "It's certainly not in the spirit of Shabbat," he says.

The Jewish Telegraphic Agency (JTA) reported that Shelley Berkley, a former Democratic congresswoman from Nevada who now serves as chief executive officer and senior provost of Touro University Western Division, said she volunteered the school's campus in Henderson to serve as a caucus site for religiously-observant Jews after the Sabbath ends at sundown. “I offered to open up Touro after sundown to enable practicing Jews that want to participate in the process to caucus, but I was told that was not possible,” Berkley told JTA. She also told the publication she was throwing her support behind Clinton.

Bustle reached out to the Democratic National Committee, which responded with a statement from the Nevada State Democratic Party:

"Saturday at 11 a.m. is the best time to increase access as much as possible for Democrats across Nevada to participate in our First in the West caucuses," says Stewart Boss, spokesman for the Nevada State Democratic Party. "Keeping this date is critical to preserving our early-state status in the presidential nominating calendar."

It is entirely possible that very few voters will be kept from participating in the Democratic Nevada caucus because of the Sabbath-timing. According to a 2012 survey from the North American Jewish Data Bank, Nevada has a Jewish population of 76,300. However, it's not clear how many are Democrats and how many are Republicans. Moreover, according to a 2013 study by the Pew Research Center, only a small minority of U.S. Jews practice even some of the Sabbath regulations.

However, it's worth noting that it is not only observant Jews who may be excluded by Democrats holding the caucus on a Saturday. The Las Vegas Review-Journal reported earlier this month that because Seventh-day Adventists also consider Saturday as their Sabbath, they may also be unable to participate in the Nevada Democratic caucus.

It's not black-and-white how much of a gamble this is for the Democrats. After all, Jewish Americans are one of the most historically reliable groups to support the party. Still, Democratic officials may now be wondering if the Sabbath-scheduling will come up snake eyes.