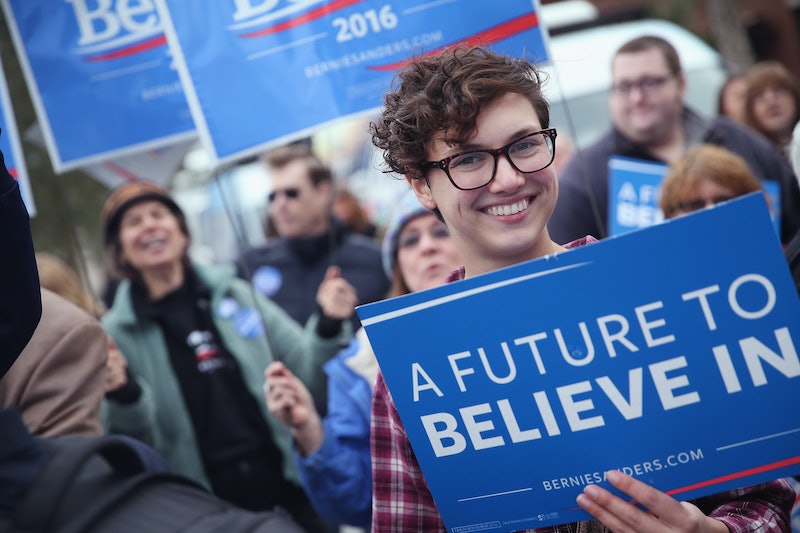 Sanders' message of regulating Wall Street to help the working class appears to have fallen on deaf ears among South Carolina's African-American population. Multiple polls show the senator trailing far behind former Secretary of State Hillary Clinton among the Southern state's black voters. According to a CNN poll, Clinton is leading Sanders 65 percent to 28 percent in South Carolina. A separate poll from Monmouth University reported Clinton held a 19 point lead over Sanders, polling at 59 percent compared to his 30 percent. In short, Clinton is the overwhelming favorite in all 10 of the polls conducted this month in South Carolina.

However, Sanders isn't completely without support in the Southern state. CNN's recent poll reported that while Clinton was leading among South Carolina's black voters, Sanders held a lead of 54 percent to 40 percent among white voters in the state. Sanders' problem lies in the fact that African-American voters are considered crucial in South Carolina, where more than half of the state's Democratic electorate is black.

A total of 14 of the state's 46 counties have registered voter populations that are more than half non-white, according to Bloomberg Business. Interestingly enough, Monmouth University's poll shows Sanders is even having trouble reaching black voters in his proverbial support base — voters under the age of 50. According to the university, Clinton is leading among black voters under 50 by 60 percent to Sanders' 26 percent.

Sanders' inability to woo black voters in South Carolina boils down to the fact many have never heard of the Vermont senator. The endorsement of South Carolina Rep. Justin T. Bamberg, the lawyer for the family of Walter Scott who was fatally shot by police last April, in late January has yet to make Sanders a household name among the state's black voters. Sanders campaign volunteers in South Carolina told Time a majority of the black voters they call don't know who Sanders is.

South Carolina's Democratic primary is touted as the first true test of candidates' appeal to African-American voters, and national polls are already showing Sanders' inability to win over black voters will plague him outside the Southern state as well. A new Washington Post survey found 72 percent of African-American voters have a positive view of Clinton, compared to just 58 percent for Sanders. Should Sanders find himself unable to connect with black voters in South Carolina and beyond, his gains on Clinton in national polls could be for naught as the country moves closer to Super Tuesday.